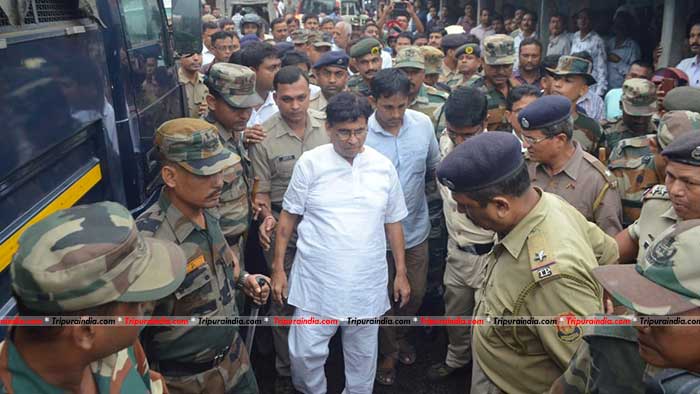 The Session Court today send the prime accused of the alleged PWD scandal in Tripura former minister Badal Chowdhury to three days jail custody directing the state to arrange facilities as per Mr. Chowdhury's status inside the jail. "Police have sought jail remand for Badal Chowdhury, but the court reserved it and ordered for 3 days jail custody," said defense lawyer Purushottom Roy Barman this evening.

After being officially discharged from the state-run GBP hospital today, Badal Chowdhury was taken to the court.

"Badal Chowdhury told the court that FIR against him is simply a political vendetta," adding to this the defense lawyer said, "We also apprised the court of the recent death of an accused in police custody at Udaipur R K Pur Police station."

However, the PWD Scandal accused Badal Chowdhury will be again produced before the court on November 11.