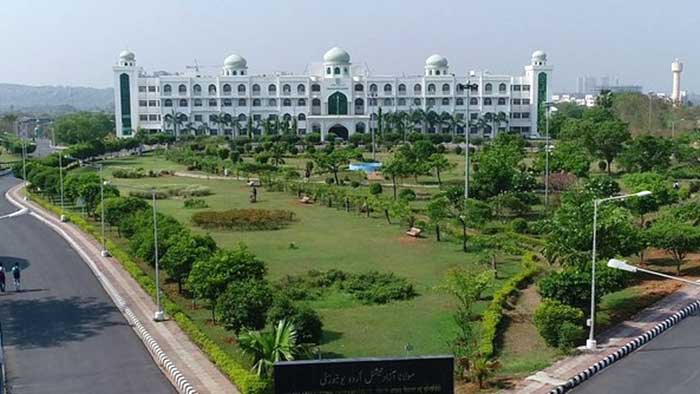 Students of Moulana Azad National Urdu University (MANUU) continued their protests on Monday in solidarity with the students of the Jamia Millia Islamia University.

Raising slogans and displaying placards, the students held protest on the campus, condemning the police action on the students in Delhi and Aligarh Muslim University (AMU).

'Inquilab Zinadabada', 'Save democracy' and 'Sanghi quit India' read the placards carried by the protesters.

The students of India's first and only Urdu university began the protest late on Sunday night, hours after police action in Jamia campus in Delhi and subsequently in Aligarh Muslim University.

Boycotting the exams, scheduled to begin on Monday, a large number of students joined the protest. Students' Union urged the Controller of Examination to postpone the exams for the time being.

The protesters raised slogans rejecting Citizenship Amendment Act (CAA) and demanded thorough probe into the police action on students at Jamia and AMU.