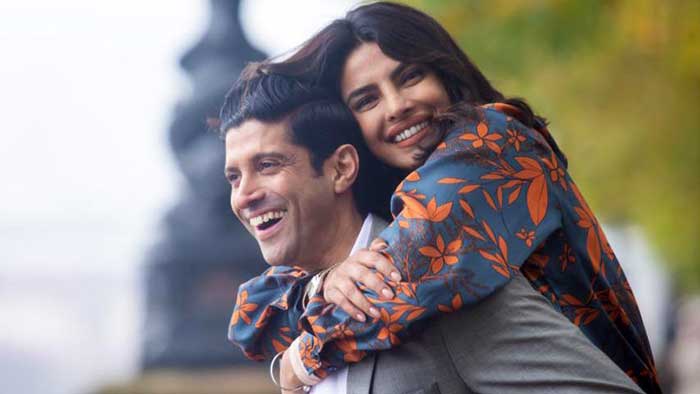 Priyanka Chopra is on her way to the Toronto International Film Festival (TIFF), where her upcoming starrer, "The Sky Is Pink", is scheduled have its world premiere on September 13.

"On my way to @TIFF_NET today. Can't wait for the rest of the team to join me for the premiere on the 13th. So excited for the amazing early reviews and to share this with the world! #TheSkyIsPink," tweeted Priyanka who, apart from starring in the film, also co-produces the project.

"The Sky Is Pink", scheduled to release on October 11, also features Farhan Akhtar and Zaira Wasim.

While Priyanka chose a photo of them casually hanging out on a beach, Farhan posted an image where he gives a piggyback ride to the actress.

"#TheSkyIsPink was made with not just hard work but with a lot of love and it is overwhelming to receive so much love and appreciation at #TIFF! Trailer will be out soon guys," he captioned it.

The film is produced by RSVP and Roy Kapur Films, in association with SK Global and Purple Pebble Pictures.