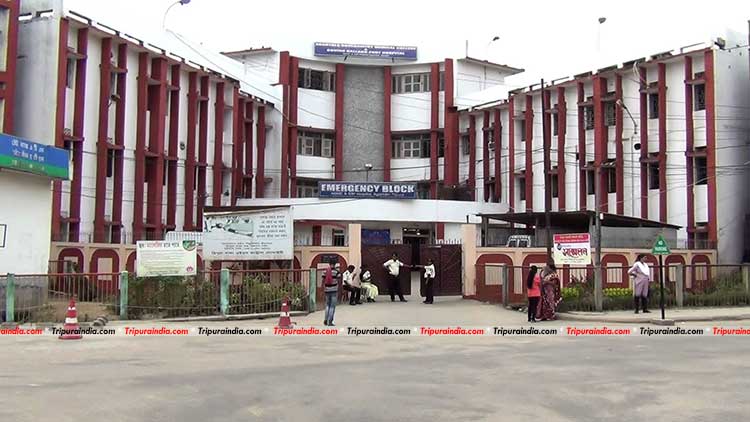 In a bizarre incident, a patient sustained with bullet injuries went through an hour long surgery at GBP hospital, who was, surprisingly, discharged a day before with a clean chit of fitness.

According to sources in the hospital, Pohor Debbarma, shot in his knees during the police firing at Madhabbari on January 8 last was rushed to the hospital on the very same day. Later on, he was shifted to the orthopedic unit two of the trauma care center.

On the following day, an X-ray was conducted under the supervision of Dr. Avishek Majumder in which he was found out of danger. Accordingly, the doctor gave a note to the Trauma Center chief to release the patient as there was nothing to do with that.

On the other hand, the condition of Pohor turned bitter. However, after a long episode of argument between the patient party and the doctors, a fresh X-ray was conducted yesterday which detected a bullet stuck in the upper portion of his foreleg.

He was later reinstated in the unit and a complicated surgery was carried out successfully to swab out the bullet. Meanwhile, the incident has already raised many eyebrows upon the accountability of the hospital authority and also on the glory of state’s biggest health institution.

Meanwhile, sources close to the ministry has confirmed that the government is soon going to conduct an internal inquiry on the matter so that the adequate steps could be taken against or for the accused doctor.