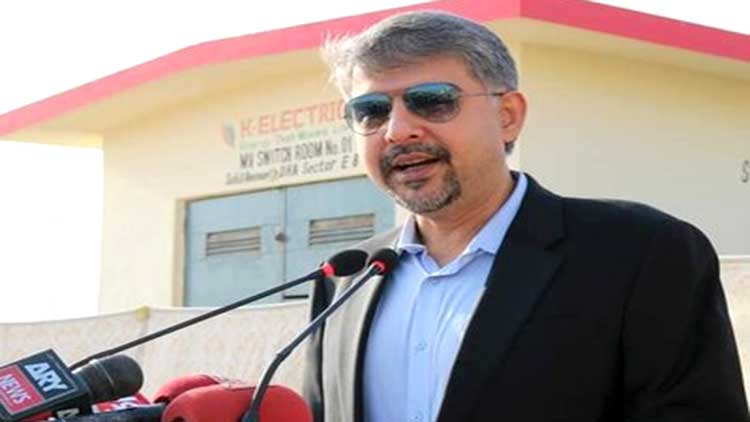 Two armed men on a motorbike had opened fire on the former MNA's car near his residence on Khayaban-e-Ghazi neighbourhood of Defence Housing Authority on Tuesday night. Abidi was alone in his car that time and was soon taken to hospital by his father where he succumbed to his injuries.

A CCTV footage showed that the 46-year-old entrepreneur-turned-politician was shot at point-blank range. According to the post-mortem examination, Abidi sustained four bullet wounds -- two in his chest and one each in his neck and arm, Dawn newspaper reported.

Confirming that Abidi's guard, Qadeer, was taken into custody, Senior Superintendent of Police (SSP) Pir Muhammad Shah said: "The guard instead of immediately retaliating to the fire, went inside the house and asked Abidi's father for a weapon to respond to the suspects' firing.

"He was deployed at Abidi's residence around two months ago."

Prime Minister Imran Khan, President Arif Alvi and others condemned Abidi's murder and prayed for his loved ones. He was considered as one of MQM's brightest faces. His funeral prayers were offered in Karachi on Wednesday.

The police were investigating whether the incident was an outcome of a personal dispute or a political or religious fall-out. "The suspects have been traced at two to three spots through CCTV footage of cameras installed in the area," Shah said.

Counter-Terrorism Department officer-in-charge of the Transnational Terrorism Intelligence Group Raja Umer Khattab had earlier said that the attackers appeared to be expert at target killings as they had targeted Abidi within a span of just 10 seconds.

Abidi's death came days after two workers of the Pakistan Sarzameen Party (PSP) were gunned down in the city's Usmania Society neighbourhood.

Prior to that, six people were wounded earlier this month when a low-intensity blast hit a Milad gathering organised by MQM-P in Gulistan-e-Johar.

Abidi was elected as a member of the National Assembly on the MQM's ticket in the 2013 general election. However, he later joined the Pakistan faction of the party. He had resigned from his MNA post in November 2017 citing "political and personal reasons".

The resignation had come days after Abidi quit the MQM-P after it entered into an electoral alliance with the PSP.

Abidi, however, rejoined MQM-P in December 2017, before finally leaving the party in September this year.