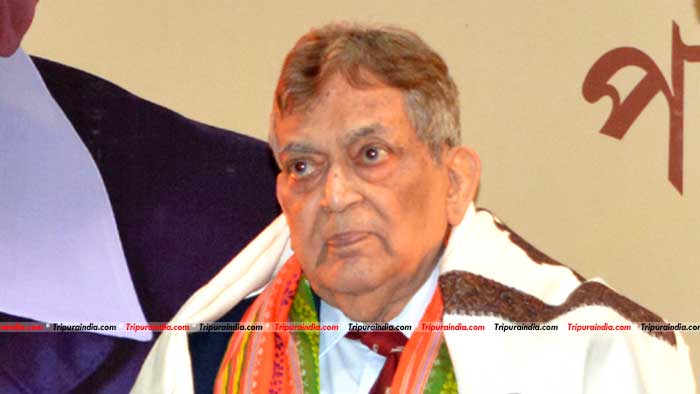 Padma Shri awardee Dr. Rathin Datta passed away this morning at his Kolkata residence. Dr. Datta is known for his multi faceted contribution in the health service of Tripura and he was the first FRCS of the state.

Dr. Datta succumbed to old age ailments, sources close to him confirmed. “He was suffering from old age ailments since few months and breathed his last this morning” sources said.

People from cross sections of the society console his demise and extended empathy towards the family. Notably, he had survived by a daughter and a son who were settles in America. “They will reach Kolkata by this evening” said sources.

Chief Minister Biplab Kumar Deb condole his sudden demise. In his condolence message the Chief Minister said, “He was a legendary surgeon and good administrator of Tripura health services. He, with his team was responsible for creating medical infrastructure in Tripura.  His humanitarian contribution during the tragedy of 1971 is history.”

MP Pratima Bhowmik and entire medical fraternity had expressed grief as soon as the news spread.

Veteran journalist Sekhar Datta recalls him as a legendary surgeon of the state, perhaps, one of the best this state had ever seen.

Meanwhile, Datta completed his MBBS from Dibrugarh medical college. Datta hails from Shillong and later shifted to Agartala after joining services. He had also worked under former Bengali Chief Minister and Bharat Ratna Dr. Bidhan Chandra Ray in the initial period of his career. Later on, he cleared the FRCS and went to London for further practice.