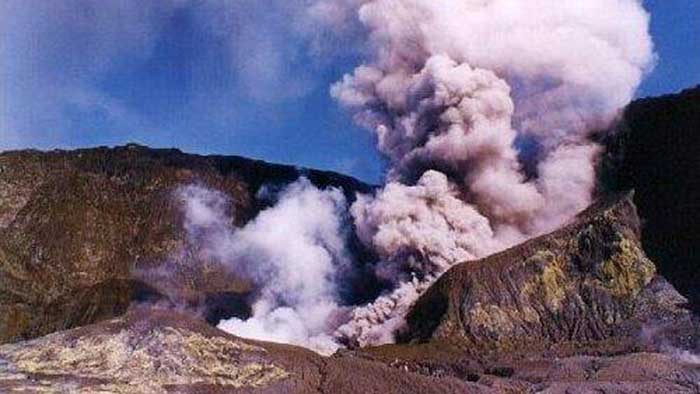 In total, 47 people - 24 Australians, nine Americans, five New Zealanders, four Germans, two Britons, two Chinese and a Malaysian citizen - were on the island when the volcano erupted on December 9 in the country's northeast, of whom 16 have been confirmed dead, Efe news reported.

In a statement, police deputy commissioner John Tims said operations to locate the bodies of local guide Hayden Marshall-Inman, 40, and Winona Langford, a 17-year-old Australian citizen, would be handed to local authorities.

"Its important to be clear - we haven't given up," Tims said underlining that the police would have a boat and helicopter deployed for several days in Whakatane, a coastal town in front of Whakaari Island, also known as White Island.

"We have always had an expectation of ourselves and others that all bodies would be recovered so its both disappointing and frustrating to be in this position," he added.

Besides the 18 deaths, including the two missing people, 14 remain hospitalized, most of them in critical condition with severe burns, at medical centres in New Zealand. Another 12 continue to fight for their lives in Australia.

The Whakaari volcano - visited by more than 17,500 people in 2018 - erupted as the alert level was two on a scale of five, predicting mild volcanic activity.

Police have opened an investigation to determine responsibility for the casualties, including tour operators who organise trips to the island.

The 321-meter-high Whakaari, 70 percent of which is below sea level, is one of New Zealand's most active volcanoes and a much sought after tourist attraction.

Located at the southeastern end of the Pacific Ring of Fire, Whakaari last erupted in 2016 without causing fatalities.

The deadliest incident at the site occurred in 1914 when 10 miners died as a result of a landslide caused by the collapse of part of the volcano's crater.