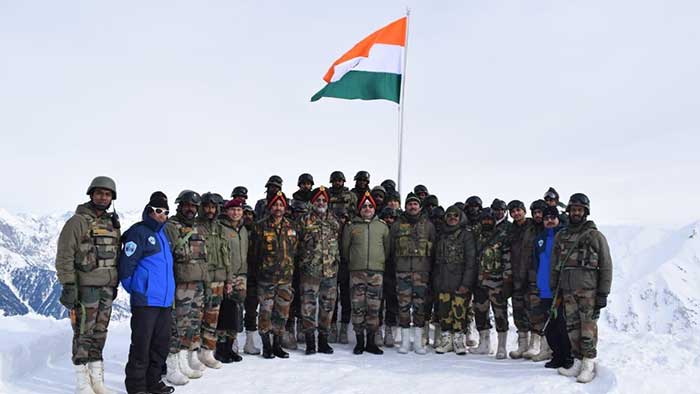 Indian Army's Northern Command chief, Lt Gen Ranbir Singh, on Tuesday visited various units on the Line of Control (LoC) in north Kashmir, as he carried out a review of the security situation in the Kashmir Valley.

Lt Gen Singh, who was accompanied by Chinar Corps Commander, Lt Gen K.J.S. Dhillon, was briefed by commanders on the ground on the operational and logistic preparedness, a defence statement said.

Lauding the troops for their alertness, high morale and relentless efforts in thwarting the adversary's designs in the harshest of terrain and weather conditions, he urged them to maintain their vigil and give a befitting response to any misadventure from across the LoC.

Lt Gen Singh also conveyed his appreciation to all the soldiers for their steadfastness and successful conduct of operations, which are reflective of their commitment and selfless dedication.

Later in the day, the Army Commander was briefed by Lt Gen Dhillon on the overall situation and major operational, informational, logistical and administrative aspects pertaining to the Corps at Badami Bagh Cantonment here.