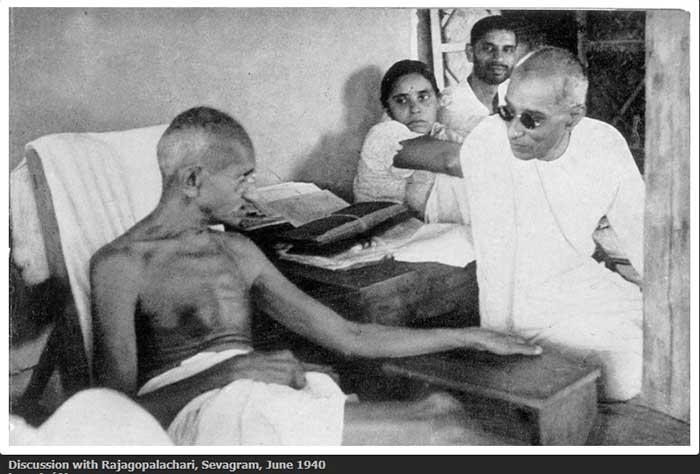 With few takers for Gandhian values in the present times, the Department of Gandhian Thought at Tilka Majhi University in Bhagalpur, which once attracted students in large numbers, is now struggling for its existence.

The department was Hindi poet and University chancellor Ramdhari Singh Dinkar's idea and was realised by renowned Gandhian Professor Ram Singh on October 2, 1980.

But leaving aside a few names, who went on to acquire important positions, most students of the department have ended up self-employed. Like Sunil Agrawal from Suaganj, who runs an electronic shop in Bhagalpur, and Amarjit, who is a teacher.

This is the reason, the admissions have seen a steady decline in the past few years with students complaining that the course is not "job-oriented". For academic year (2019-20), there are 18 enrollments in the first semester, 32 in the second, three in the third and 8 in the final semester.

With the dwindling admissions, the University wanted to shut the department from this academic session, but the plan has been stalled as this is the 150th year of Gandhiji's birth anniversary.

"We are planning to link the course with skill development programmes and develop the Department as a centre for sourcing of people for national welfare programmes based on Gandhian values," said Department head VIjay Kumar.