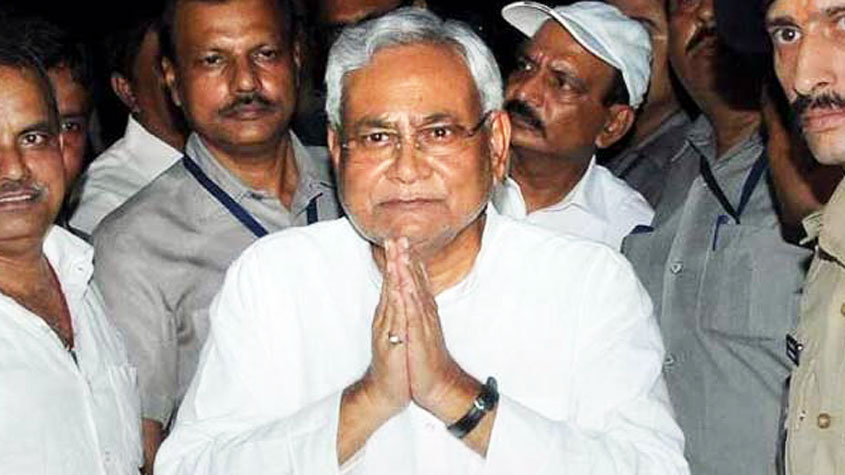 Two days after he dramatically embraced the BJP, Chief Minister Nitish Kumar on Friday proved his majority in the Bihar assembly while the RJD protested in the house during the confidence vote.

Contrary to fears, no cross-voting took place during the show of strength. Janata Dal-United (JD-U) leader Nitish Kumar sailed through with 131 votes in his favour and 108 against.

Soon after the assembly met, Nitish Kumar moved a resolution to seek a trust vote.

Apparently convinced that the JD-U-BJP government had adequate support to win the motion, RJD members protested in and out of the house.

The Rashtriya Janata Dal (RJD) accused Nitish Kumar of insulting the mandate of 2015 by joining hands with the Bharatiya Janata Party and dumping his election allies the RJD and the Congress which made him the Chief Minister.

Nitish Kumar said the 2015 mandate was for 'janta ki sewa' (serving people), not for anything else. "The mandate was for governance," he said in a short speech in the assembly.

He said no one can lecture him on secularism. "I know and understand secularism."

Leader of Opposition Tejashwi Yadav, who was the Deputy Chief Minister, said voters had been stabbed in the back.

"People who voted for the Grand Alliance are being betrayed. Nitish Kumar got the mandate against the BJP but joined hands with it to form the government," he said.

Tejashwi Yadav, son of RJD chief Lalu Prasad, said Nitish Kumar had insulted the people of Bihar by joining hands with the BJP.

"We will go to the people to expose Nitish Kumar's doublespeak and hypocrisy."

In the 243-member Bihar assembly, the JD-U has 71 legislators and the BJP and its allies 58. The RJD has 80 members and its ally the Congress 27. The CPI-ML has three members. There are also independents.

Earlier, the JD-U and BJP issued whips to their legislators to support Nitish Kumar during the confidence vote. The RJD and Congress also issued similar whips.