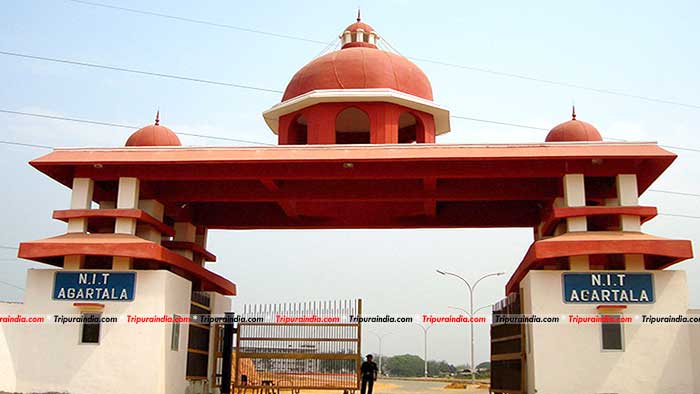 Some may think it is not possible but the day is not far ahead when you can predict natural calamities like flood which leaves a devastating impact on the common life and also can track the best suitable land for cultivation of cash crops. Not only this, the new innovative projects being undertaken in the NIT Agartala’s ISRO incubation centre can also let you know a range of issues that are, in all aspects, beneficial for the entire North-Eastern region.

The NIT Agartala ISRO incubation centre, country’s first-ever incubation centre, has recently taken up altogether 8 projects that are solely focused on the North-Eastern region. All the projects have been proposed by the ISRO itself in order to develop suitable technologies to resolve general issues that are hunting day to day common life.

Speaking to this website, Ardhendu Saha, who has been entrusted to take care of the centre, said that the projects had been proposed by the ISRO itself and the students and faculty members of NIT Agartala had chosen the eight projects to work upon.

“All the projects are forwarded from the side of ISRO. And, finally eight projects have been finalized since the students and faculty members wanted to work upon those projects. As it is a very prestigious issue for the institution, every person associated with the job are working very sincerely”, said Saha.

Among the eight projects, some of the projects are focused to predict natural calamities like earthquakes and floods. Few projects are also there to assess maps of the civic bodies, pollutants in air and water and a lot more. High speed data demodulation, antennas and microwave technologies are also included in the projects.

For each of the project, a PI (project investigator) and a Co-PI have been appointed to take care of the issue. Regular spells of review meetings are being conducted to put an impetus on each and every development in each project.

“Basically all the projects are students oriented. Most of the focal parts are being taken care of by the students. The faculty members are guiding the students as per their requirements. Some of the projects are like software databases, some of them are like mobile applications, some are like design and development-oriented. We have just started and we are hopeful of getting more such projects in the future as we are progressing satisfactorily” Saha told this newsman.

Speaking on the funds he said, “Already Rs 2 crore has been sanctioned from the part ISRO for the projects. Among the sanctioned funds, about Rs 30 lakh has been released for the preparatory works such as infrastructure development and other course options. The students have already visited some sites—Agartala municipal corporation area and river Howrah for the purpose of the project work lined up”.

On the technical aspects he informed this reporter that joint management meetings are being held in participation of the ISRO resource persons so that all the loopholes could be wiped out.