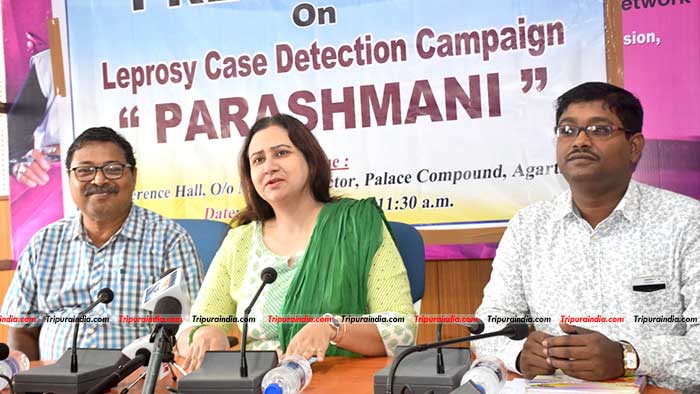 National Health Mission Tripura state has on today announced a special campaign against Leprosy. According to the NHM officials from August 26 to September 09 next will be the time between which the special drive will be carried on detection and cure of leprosy.

Speaking to the media persons at Chief Medical Officer’s office West Tripura, newly appointed NHM Mission Director Aditi Majumder said, the state chapter of NHM has undertaken a special campaign against Leprosy. The special campaign that will run from August 26 to September 09, will cover all the districts and Sub-divisions of the state, she informed media.

Under the programme, she said, the Asha Workers and Volunteers will reach every household and collect samples of the patient suffering from skin diseases if any. If anyone is found positive with the symptoms of Leprosy the patient will be taken under multi-drug cure system.

She also told the media personnel that altogether 36 patients had been already detected throughout the state out of which 16 are of category 2, and measures were being taken to find out hidden patients. She also assured that the Leprosy was a hundred percent curable disease.