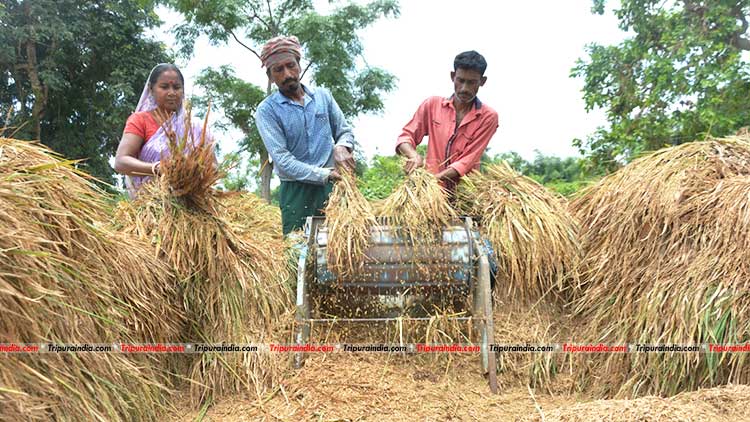 The National Institute of Rural Development and Panchayati Raj (NIRDPR) is working on a new technology in aquaculture to help double the income of Indian farmers, an official said on Monday.

The institute has recently established a ‘Backyard Re-circulatory Aquaculture System' developed by Cochin University of Science and Technology.

The system, an intensive fish culture pond, enables high density stocking of fish in cages. This would allow off-setting of the load by stocking different varieties and sizes of fish in smaller cages in a pond, the institute said in a statement.

Since the water requirement for this system is quite low, the high-density stocking of fish in different cages enables flexibility in managing a fishpond.

"We can only double the income of farmers by promoting integrated farming practices. Such technology-backed smart farming solutions will encourage youth to undertake farming as an occupation," said W.R. Reddy, Director General at NIRDPR.

This system, inaugurated at the Institute's Rural Technology Park, was established with funding support of the National Fisheries Development Board, a government organisation.

Fish varieties that can be grown in the system include Tilapia, Pangasius, Murrel and Pearlspot. The economics of growing Genetically Improved Farm Tilapia (GIFT) in the pond, for a stocking period of 120 days over three cycles per year, demonstrates that an average monthly return of Rs 25,750 can be expected from fish culture.

The aquaculture system can act as a source of additional income for farmers located even in low water availability areas, helping them double their income, the statement said. In addition, the sludge periodically pumped out of the pond can be utilised to grow agriculture crops without the addition of chemical fertilizers, it said.

Given that the intensive fish culture does not require to be limited in geography to coastal areas, it can also be used in inland areas, further confirming the flexibility of the system.

The Rural Technology Park at NIRDPR will demonstrate the functioning of the system and provide necessary training to farmers, self-help groups (SHGs) and youth who are keen on undertaking fish culture for enhancing their income.