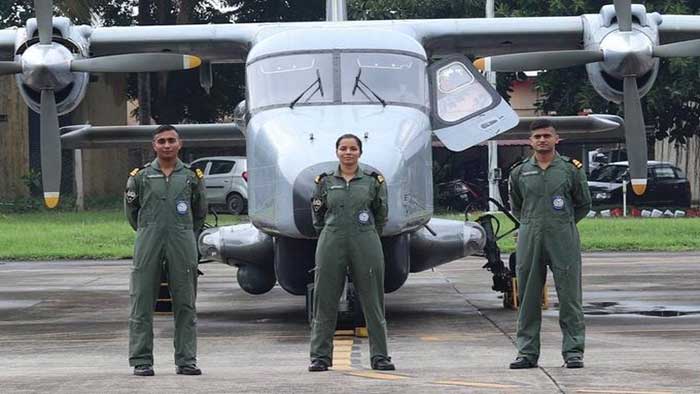 Shivangi will fly the Dornier surveillance aircraft of the Indian Navy at the Kochi naval base. She hails from Muzaffarpur in Bihar.

Twitterati also posted pictures of the ceremony held to induct the young woman at the naval base.

Rajasthan Chief Minister Ashok Gehlot tweeted: "My best wishes to Sub Lieutenant Shivangi as she joins operational duties in Kochi naval base today as the first woman pilot of the Indian Navy. Best wishes to her for a successful career."

One user commented: "It seems a long time that I have seen women's name trending for the right reason. Great to see that women from small towns are now ambitious and hope India has 100 per cent manpower earning one day, irrespective of gender."