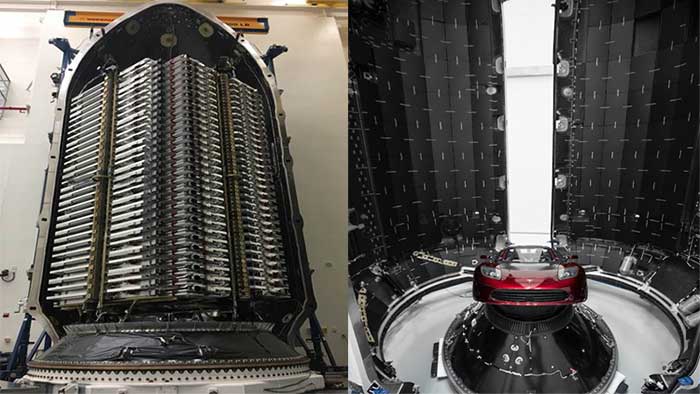 SpaceX CEO Elon Musk has shared the first look of the firm's Starlink Internet satellites packed and ready to be launched into orbit in a few days.

Musk posted a photo on Twitter, featuring the first 60 production satellites packed into the fairing of a Falcon 9 rocket ahead of their launch this coming week.

These Internet satellites represent the company's plan to build an Internet satellite network -- "Starlink". The company is one of several, including Jeff Bezos' Amazon, which are building these so called "constellations" of interconnected satellites to deliver high speed Internet from space.

Musk's SpaceX's ultimate goal is to put nearly 11,000 Starlink satellites in low Earth orbit between now and the mid-2020s, providing high-speed Internet access to areas of the planet where broadband is rare, spotty or non-existent.

This first launch is really just a small part of a long process, and that's provided everything goes according to plan, according to the Engadget.