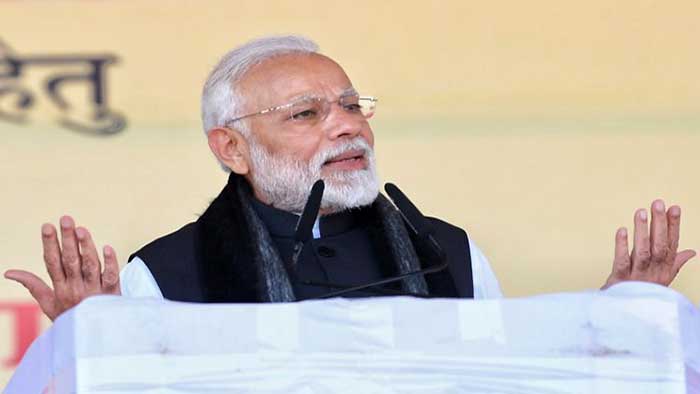 Prime Minister Narendra Modi on Sunday laid the foundation of the much-awaited Patna Metro Rail through video conferencing from Begusarai in Bihar.

The Prime Minister then launched the expansion work of Barauni's oil refinery which would be increased to 9 million tonnes and other projects estimated to cost Rs 33,000 crore.

In the first phase, a 33.1-km-long track having two corridors -- east-west and north-south -- will come up in Patna.

The project is expected to be completed in five years from the date of commencement.

Earlier, Modi flew into Patna and was welcomed by Governor Lalji Tandon and Chief Minister Nitish Kumar. All of them then took a helicopter to Begusarai, 130 km from Patna.