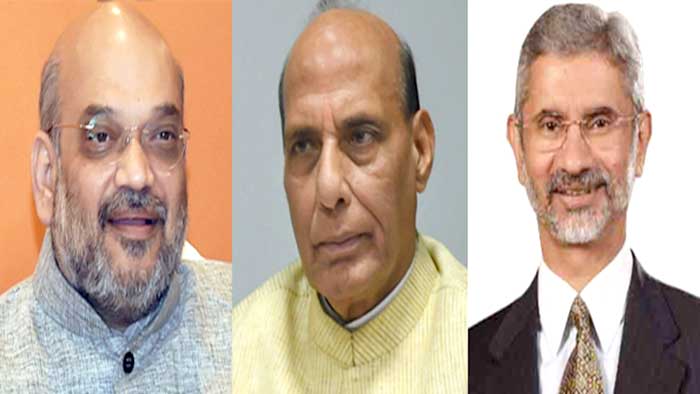 Hours after Prime Minister Narendra Modi and his 57-member council of ministers were sworn in by President Ram Nath Kovind on Thursday, it is learnt that several of the top ministers have been given the following portfolios:

*PM Modi will be in charge of Personnel, Public Grievances and Pensions; Department of Atomic Energy; Department of Space and all other portfolios not allocated to any minister;

*Rajnath Singh will be the Minister of Home Affairs;

*Amit Shah will be the Minister of Finance and Corporate Affairs;