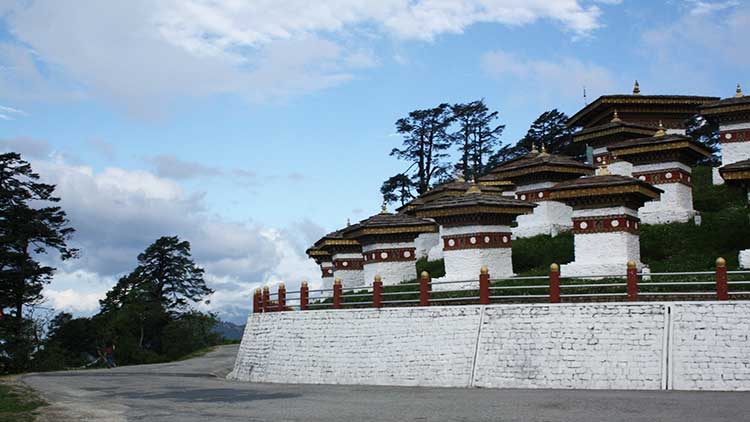 But just as the literary world prepares to converge in the Himalayas for 35 sessions spread across five venues over three days, there is an equal music among the residents of arguably the world's happiest country, eagerly awaiting the "hi-point" in Thimphu's cultural calendar.

Scheduled to take place from August 23 to 25 here, this initiative of the India Bhutan Foundation and Siyahi (a Jaipur-based literary agency headed by Mita Kapoor), will celebrate "untouched beauty, unexplored ideas and unstoppable voices" from the heart of the Himalayas.

It is indeed a lit fest unlike any other of its kind. Not only are its setting and flow of events superbly calm and curated to perfection but also the interest of the audience and massive turn out of local students add splendour to the annual gathering.

The most important aspect of this year's programme is perhaps the celebration of 50 years of Indo-Bhutan ties. This is a milestone year for India and Bhutan as the neighboring countries enter their 50th year of formal diplomatic relations.

The shared history of the two nations will manifest itself in the form of an engaging tete-a-tete between Bhutanese Ambassador to India V. Namgyel and Indian Ambassador to Bhutan Jaideep Sarkar. Dasho Chewang Rinzin (Director of the Royal Institute of Governance and Strategic Studies) will join the two Ambassadors as they rediscover India and Bhutan's five-decade-long relationship.

If international diplomacy is not one's cup of tea, there is "Lights, Camera, Action: Tales of the screen and the stage from India and Bhutan", in which veterans Naseeruddin Shah, Ratna Pathak Shah and Sanjna Kapoor, will bring alive the magic of theatre at the festival.

On stage together, the powerhouse duo of Sanjna Kapoor and Ratna Pathak Shah, will take audiences through the evolution of theatre and give them a glimpse of its current 21st century avatar. In another session during the festival Ratna Pathak Shah will be joined on stage by Naseeruddin Shah for what promises to be a once in a lifetime experience for audiences.

The two will bring to life a series of Vikram Seth's poems from the Beastly Stories collection and James Thurber's short stories.

Continuing the theme of Indo-Bhutanese relations, the festival will also play host to a roundtable with members of the Bhutanese Film Industry, including Kunga Tenzin Dorji, Tandin Bidha, Chencho Dorji, Dechen Roder and Druksel Dorji.

And, there is also a focus on the environment. As global conversations on environment and conservation rise, the festival will feature celebrated names such as Daniel C. Taylor, Valmik Thapar and Dave Goulson, to regale audiences with stories of their adventures with nature.

Mountain Echoes, now in its ninth year, is an annual literary festival that brings together writers, scholars, environmentalists, photographers, performance artists, and film-makers, among others to engage to engage in a cultural dialogue, share stories, create memories and spend three blissful days in the mountains.

The festival enjoys the patronage of Ashi Dorji Wangmo Wangchuck, the Royal Queen Mother of the Himalayan nation.