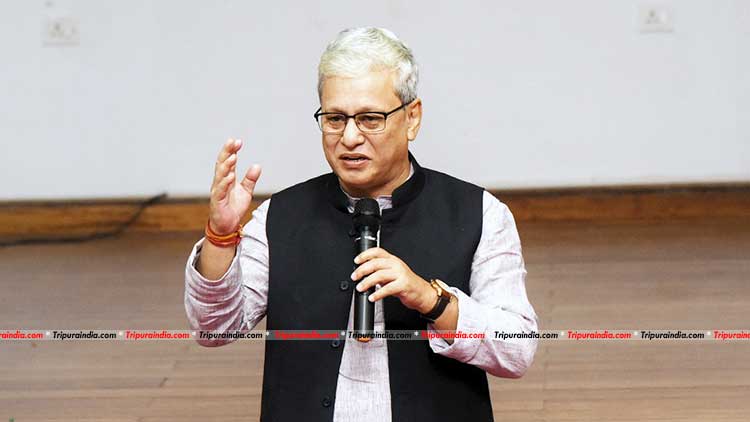 
"The BJP-IPFT government in Tripura since assuming office 14 months ago has tried to undertake ambitious projects, welfare and development schemes, but the previous Left Front government's terrible 25-year legacy has become a major hurdle," Dev Varma told IANS in an interview.

"The Rs 12,900 crore loan burden, incomplete projects, wrong and improper decisions on several issues, including appointment of 10,323 teachers, are among the major stumbling blocks for the new government," he said.

On March 29, 2017, the Supreme Court upheld a Tripura High Court verdict to terminate services of 10,323 secondary and higher secondary school teachers on grounds of "indiscretion" in their selection process during the Left Front rule.

After the appeal of the previous Left Front government and the current BJP-IPFT government, the apex court extended their services till March 2020.

The Deputy Chief Minister said the Left had termed their rule "Swarna Jug" (golden era), but after the BJP-IPFT government took over on March 9, 2018, their bad governance between 1993 and 2018 became apparent.

Dev Varma, a scion of Tripura's erstwhile royal family, said if the Left's governance had not been this bad, the present government could have done much better for the welfare of the people of Tripura even in 14 months.

"Apart from implementing the seventh central pay commission recommendations, hiking salaries and pensions of the 214,661 government employees and pensioners, we are continuing 30 social pensions, benefiting 4,05,175 poor people, despite our financial crisis," he said.

The previous government had introduced 30 pension schemes, ranging from Rs 600 to Rs 2,500 per month, for people belonging to economically weaker sections, destitute, unmarried and unemployed women.

To end farm distress, at the state government's persuasion the Food Corporation of India (FCI) for the first time had started purchasing rice directly from cultivators in in Tripura. The FCI had procured 9,600 tonnes rice between December 2018 and March 2019 at the minimum support price and over Rs 12 crore was directly credited to the farmers' accounts, he added.

"We have introduced transparent employment policy and e-governance services in many sectors," the Deputy Chief Minister said.

The Left Front ruled the state for almost 35 years since 1978, except for a five-year (1988-1993) break when the Congress-Tripura Upajati Juba Samity coalition government was in power.

The Communist Party of India-Marxist-led Left Front could win only 16 seats despite receiving 44.35 per cent votes. The Congress secured less than two per cent votes.

Accusing the earlier government for not implementing properly the central schemes, the BJP's tribal wing observer, Dev Varma, 62, said for the benefit of thousands of Tripura people, especially the economically backward, the BJP-led government had been executing the central flagship schemes and programmes.

"The CPI-M and the Congress have undertaken a slanderous campaign against the BJP-IPFT government and are creating obstacles in programmes to eliminate poverty," the Deputy Chief Minister said.