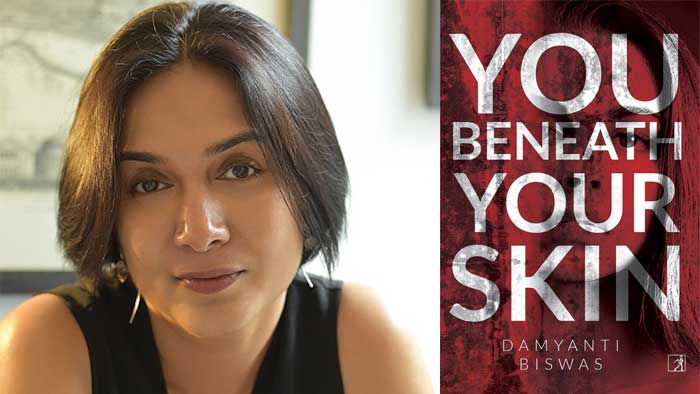 Author and social activist Damyanti Biswas, whose novel "You Beneath Your Skin" explores the dark underbelly of the national capital and its spiralling crime spree, says though violence against children under 12 attracts the death penalty under the Protection of Children from Sexual Offences (POCSO) Act, yet its implementation "needs scrutiny".

"Under the POCSO Act, capital punishment would be meted out to those who are convicted of a violent crime against those under 12 years old. It is a step in the right direction in that the ordinance recognises that child abuse deserves rigorous punishment.

"Implementation is where this law needs scrutiny, because a lot of aspects like medical examination of children without their consent, to detect signs of abuse, are unclear. Sexual contact between consenting adolescents needs to be separately defined as well, which is not the case at present. POCSO, while a positive step, needs to be more defined, and the repercussions of capital punishment better evaluated. Fear of capital punishment might lead the abuser to silence the survivor permanently," Biswas told IANS in an interview.

On the flip side, more and more crimes are being committed by adolescents. What could be the reason behind this?

"I don't know that adolescents are committing more crimes today - perhaps the difference is that we hear of it more due to our ability to find information at our fingertips. There is also of course the exposure to video games and social media - the effects of these haven't been well-researched, and might affect the vulnerable psyche of young minds. Another added factor is possibly time crunch parents face - how children are often left to their own devices as parents pursue a decent living. All of these put together create an atmosphere where teens do fall into lives of crime," Biswas said.

How did the book come about?

"This novel has been a lot of time in the making. Over the years, once I discovered what the story of 'You Beneath Your Skin' was all about, I had to make sure that everything in the story was authentic - be it characters, events, or the setting.

"From taking a car and driving around all the roads in Delhi to making sure the time taken to reach point A to point B is exactly as it has been described, to visiting doctors of acid attack survivors, to meeting police officials to understand process and procedure, or interviewing acid attack survivors to glean an understanding of their suffering and fortitude - the book took months of research," Biswas explained.

It also helped that she was already volunteering with Project WHY from time to time, which gave her a real sense of what underprivileged communities looked like from the inside.

Project WHY began in 2000 with a handful of volunteers teaching English to 40 children from underprivileged homes. Today, it covers 1,100 children and 200 women and has created 50 job opportunities.

Why is the story related in the fiction and not the non-fiction format?

"Non-fiction and fiction both tell the truth, but in different ways. Non-fiction gives you information and knowledge, but fiction gives you an experience. I prefer fiction because there's a certain amount of license to tell the truth, a way to make the reader empathise with the characters - and possibly to bring about a change in the mindset without resorting to a lecture. Fiction lets you stand in someone else's shoes - and helps you find a better understanding of the other," Biswas concluded.