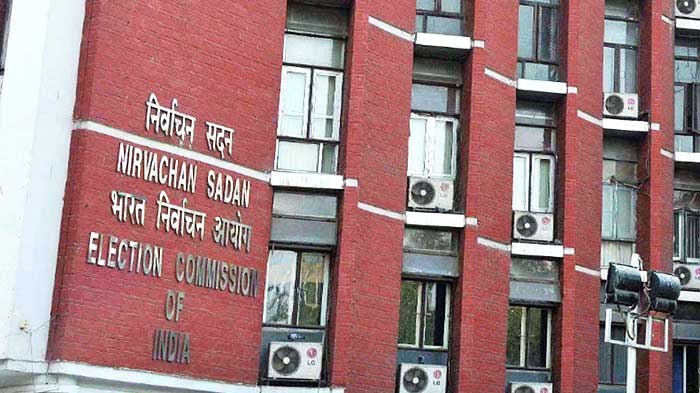 The impasse that resulted from the Election Commission's (EC) decision to set up special polling stations along the Mizoram-Tripura border for the Reang tribal refugees to vote in the Lok Sabha polls, continued on Thursday.

"Since Tuesday, Mizoram Chief Secretary Lalnunmawia Chuaungo has held a series of meetings with the leaders of the NGO Coordination Committee (NGOCC). More such meetings are expected in order to resolve the issues," a Mizoram Election Department official told IANS.

The official, on the condition of anonymity, said that the officials of the other related departments were present in these meetings called by Chuaungo, who also holds the home portfolio.

The NGOCC, an apex body of various NGOs, student and youth bodies in Mizoram, on Monday called for an indefinite shutdown in the state from April 8 and boycott of the Lok Sabha elections to protest the EC's decision.

The Reang tribal refugees, originating from three districts in Mizoram, have lived in Tripura for the past 22 years after they fled their home state in the wake of communal tension.

Last month, the EC announced the setting up of 15 special polling stations at Kanhmun village on the Mizoram-Tripura border to facilitate voting by the refugees for Mizoram's lone Lok Sabha seat on April 11.

The by-election to Aizawl West-I Assembly seat would also be held on April 11.

Announcing its opposition to the decision, NGOCC Chairman Vanlalruata said all polling officials and personnel would be prevented from going to their respective stations with election material and devices including EVMs and VVPATs.

"We have been demanding that arrangements be made to facilitate Reang refugee voters lodged in Tripura camps to cast their votes in polling stations in their villages (where they had resided before going to Tripura) in the districts concerned in Mizoram, not in the special polling stations at Kanhmun," Vanlalruata told the media in Aizawl on Thursday.

He said that they would reconsider their decision if the EC showed a positive response before April 8.

The Election Commission has been apprised of the matter.

There are around 12,000 eligible voters, from among the 35,000 refugees living in the seven relief camps in northern Tripura .

The migrants are originally residents of nine (out of the state's 40) assembly constituencies in the three Mizoram districts of Mamit, Lunglei and Kolasib.

Mizoram Bru Displaced People's Forum (MBDPF), the refugees' apex body, has written letters to the EC and the Union Home Ministry explaining the logic to set up polling stations in their camps.

"If the refugee voters cast their votes in their original villages, it would take six to seven days for them to go to their villages (in Mizoram) and come back to the relief camps in Tripura. This is absolutely impossible," Bruno Msha, General Secretary of MBDPF, told IANS over phone from northern Tripura's Kanchanpur relief camp.

"Even voting in 15 special polling stations at Kanhmun village is very difficult as there are aged, ailing and pregnant women among the refugee voters. To cast votes at Kanhmun, the voters have to travel 35 km on an average."