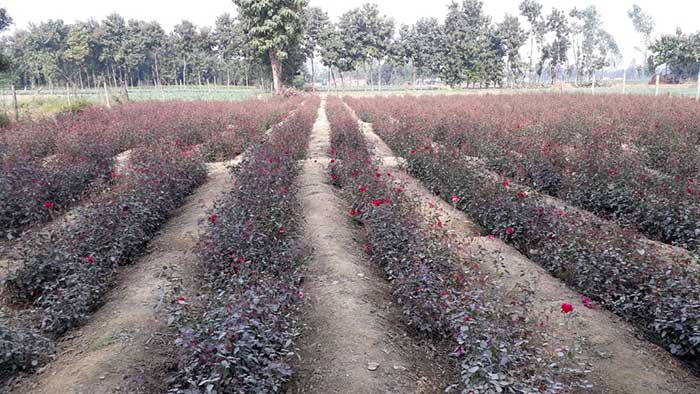 Vijay Bahadur Maurya was an unhappy farmer in Salon in Rae Bareli till a few years ago.

His farm land faced a problem of water seepage from a nearby drain and the crop yield could not even recover the basic costs.

Maurya had almost made up his mind to give up farming and migrate to the city in search of a job.

Then he decided to give a final try and took eight bighas of land elsewhere on lease. Instead of traditional crops, he planted roses and gladioli.

"Within months, 'meri kismet khil gayi' as the flowers began to bloom. I sold the flowers at a neat profit and made some good money too. I gave up plans to migrate and decided to concentrate on flower farming here," said Maurya, 50.

Seeing the profit in flower cultivation, about two dozen farmers in the area followed suit and are making the business bloom.

Vijay Bahadur Maurya's son has done his masters in agriculture and now works with his father. "My son keeps himself informed of the later techniques and we use it in the farming. The flowers helped me educate him and he is helping in flower cultivation now," he said proudly.

Maurya, sells his flowers to wholesalers in Lucknow, Kanpur, Unnao and Allahabad.

"The demand for flowers continues through the year and the market is growing because people now opt for flower decorations in wedding and plastic decorations are being shunned," he said.