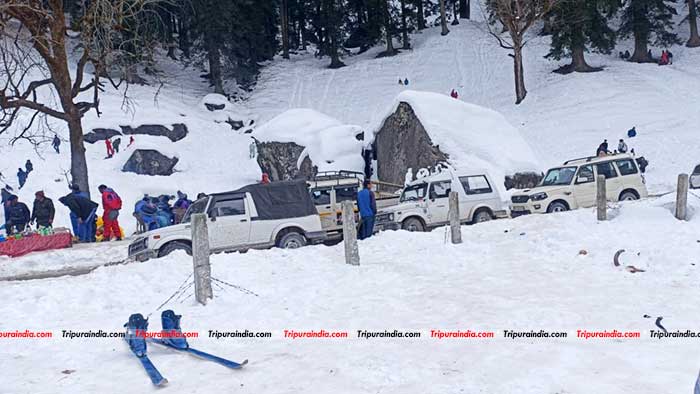 There was widespread rainfall in low and mid hills, said an official.

The meteorological office here said the western disturbance would be active in the region again on January 16, but temperatures would remain low.

Kalpa recorded 22 cm snow, the highest in the state, and Pooh and Kothi, near Manali, had 30 cm each.

Keylong in Lahaul and Spiti district experienced 15 cm snow and recorded a low of minus 5 degrees Celsius.

Picturesque tourist resort Manali recorded a low of minus 1.6 degree Celsius, while it was 2.2 degrees Celsius in Dharamsala, minus 0.2 degree in Dalhousie and minus 2 degrees in Kufri.

The state capital Shimla, which experienced 17.7 mm rain, saw a low of 1.3 degrees. Manali had 51 mm rain, highest in the state, while Dalhousie had 21 mm rain.

After opening of skies, the minimum temperatures across the state is likely to plummet further, a weatherman said.