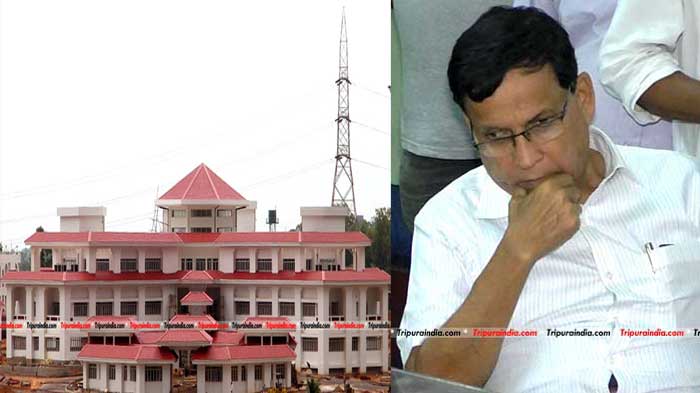 The High Court of Tripura today reserved its verdict on the plea filed by senior CPIM leader and former PWD Minister Badal Choudhury seeking quashing of the FIR against him in an alleged scam of over Rs 600 crore during his tenure.

A Division Bench comprising Chief Justice Akil Abdulhamid Kureshi and Justice Arindam Lodh concluded the hearing on the petition-(No.- WP(Crl.) 10/19) and fixed December 10 for pronouncement of the judgment in the case.

Reportedly, Advocate General AK Bhowmik, appearing for state government, could not submit the papers related to government tenders in connection with Badal Choudhury case before the court.

Senior advocate Bikash Ranjan Bhattacharjee, appearing for Choudhury, told the Bench that there was no evidence linking Choudhury directly or indirectly to it. Choudhury is facing a criminal case being investigated by Police related to violation of guidelines on finalization of tenders and allotment of infrastructure development projects to PSUs and Private Companies. Choudhury, who is currently lodged in Jail, was represented by Bhattacharjee in the court. Earlier, the Court asked the state government to submit all the papers before it for its perusal. The Bench also went through the case record filed by the investigating authority.

On October 31 last, the Court rejected the bail application of Choudhury in the case.

Two others- former PWD Engineer-in-Chief Sunil Bhowmik and former Chief Secretary Yashpal Singh were also accused and named in the FIR lodged in West Agartala Police Station in the case. While the court remanded Bhowmik to Jail Custody, Singh, who is living outside the state, has not been detained yet.

Last week, a local court here rejected the bail plea of Bhowmik, who is also lodged in jail for his alleged involvement in the case. He will be produced before the Court again on December 04 next for further hearing on the issue.