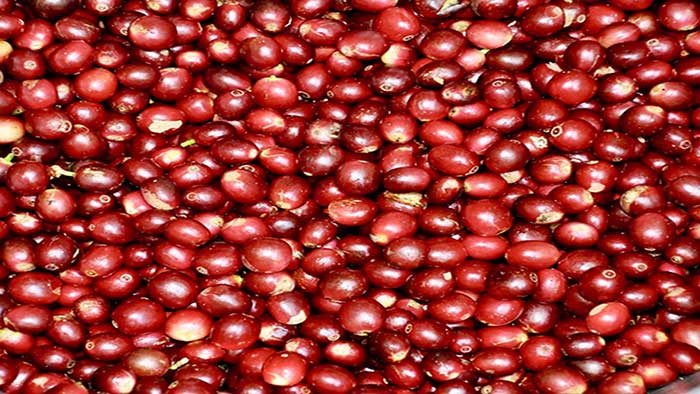 From tribal hamlets to Paris, Araku coffee has come a long way and is set to lure the taste buds of New York's coffee aficionados this year.

Started as a livelihood project for tribals by Naandi Foundation, a non-governmental organization, it has given to the world a top-notch coffee with a distinct aroma.

The picturesque valley, about 100 km from Visakhapatnam, is today a synonym for world-class coffee.

Mahindra&Mahindra Chairman Anand Mahindra, who is also chairman of Naandi Foundation, introduced the coffee in Paris with a flagship store in 2017. Araku Originals, a social enterprise formed by him along with three other life trustees of Foundation, is now looking to take the unique brand to New York and Tokyo.

A month ago, the company started selling the coffee online in India and plans to open cafes in Bengaluru and Mumbai this year.

Famous for delicious fruit flavour intertwined with caramel and a finish of
bittersweetness, Araku coffee scores 88-90, the world's highest rating on a scale of 100 in quality marking by Specialty Coffee Association, a non-profit organisation that represents coffee professionals, from producers to baristas all over the world.

Naandi procures 100 tonnes of Araku coffee every year. Nowhere in the world is specialty coffee produced in such a huge quantity.

The region's unique environment, bio-dynamic agriculture and the involvement of world's top coffee experts in every stage of production makes it a world-class coffee.

"There are 21 steps and in every step we are best in the world. Ours is not industrial production," Naandi CEO Manoj Kumar said.

The Foundation originally started its work in the tribal belt in 2001 to check the high maternal mortality rate. It later started giving coffee saplings to provide some cash to tribals.

Offering double wages to farmers growing dark red cherries, it motivated them to strive for the best quality.

The experts grouped 6,000 farms on the basis of their characteristics exactly the way the French group wine according to the "terroir" (earth, soil) of the grape farms.

The project also uses biodynamic agriculture, which looks at impact of moon on weather, which was introduced by David Hogg, Chief Agriculture Advisor of Naandi.

With 25,000 farmers across 720 villages, it is said to be the largest organic cooperative in the world, helping 100,000 tribals. On an average, farmers earn Rs 1 lakh every year. They get another Rs 1 lakh from black pepper, which they have planted as shade tree. The pepper also gives the coffee a special aroma.

As Araku was found to be too good a coffee, Naandi realized that in India, no one would buy coffee at that price and hence started building the brand abroad.

The four variants of Araku coffee are sold in France for a price range of Rs 2,800-Rs 7,000 a kg. It sells the same coffee at a third of the price in India

"The coffee, the brand and the story are all a tribute to the legacy of the adivasis. It was something emerged out of integrity, beauty and philosophy of adivasis. We only happen to be a medium," Manoj Kumar noted.