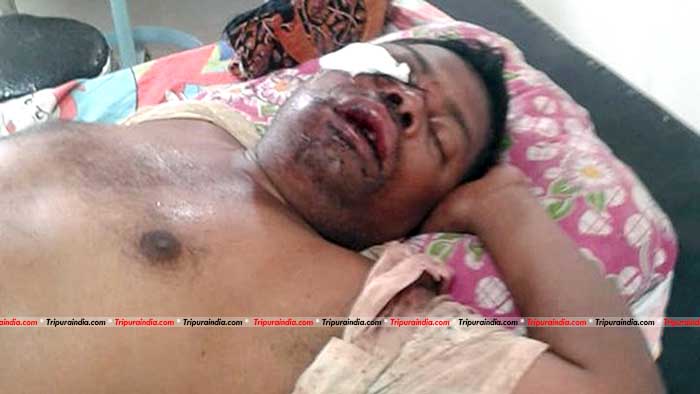 One Fishery Officer under Superintendent of Fisheries, Udaipur was attacked and severely injured by a group of miscreants at midnight yesterday. Initially he was shifted to Gomati  District Hospital. Later he was referred to G.B. Hospital.

Reportedly 10 to 14 numbers of goons suddenly came and surrounded them with sharp weapons. They threatened the duty staffs and told them not to make any sound. Then the goons started netting operation in the brooders tank illegally for catching fishes.

After 15 to 20 minutes of the fishing operation by the goons, the duty staffs got scope to escape and rushed towards the farm office. At that time they found that the goons assaulted Fishery Officer Dipankar Saha. They found Saha, In-charge of Dhanisagar P-Unit who was in routine farm visit lying on floor in front of the office building door. He was unconscious, wounded and severely bleeding condition.

Immediately the duty staffs with the help of other staffs of Dhanisagar Staff Quarter informed Fire Service and shifted Dipankar Saha to Gomati District Hospital at 2 a.m.