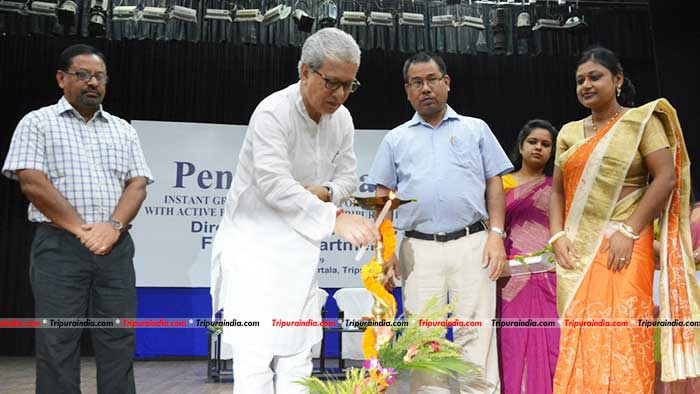 Deputy Chief Minister Jishnu Debbarma, who also holds the charge of Finance Department, has on today said that the government was contemplating to speedy redressal of pension related cases.

He said, launch of digital life certificates system, digitized Bhavisya software, and measures like web based services have already eased the pensioners living in far flung areas. And, if a web based single stop portal could have been launched so that pensioners can easily submit their queries from their hometowns would have served the purpose better, he added.

He also informed the gathering that the state government had decided to integrate HRMS (Human Resource Management System and E-pension application with the dynamic pension database of Accountant General as a part of its effort to facilitate the pensioners of the state.

“The Accountant General hears about 4000 pension cases per annum.  If we can make a joint database, then the process will be speeded up” the Finance Minister observed.