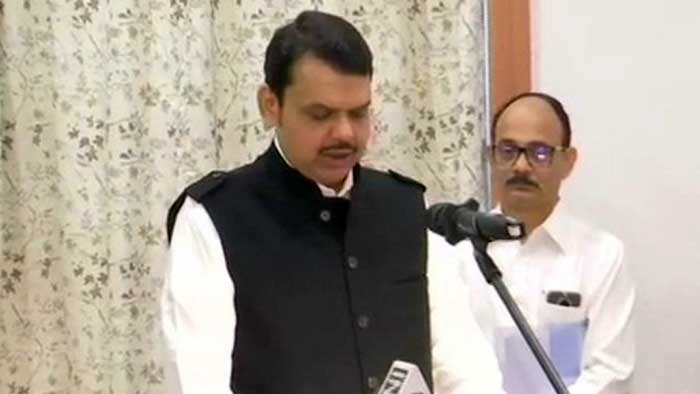 The oath-taking ceremony of the newly-elected MLAs started at a brisk pace as Pro Tem Speaker Kalidas N. Kolambkar on Wednesday started administering their oaths inside the Vidhan Bhavan, here on Wednesday.

All the legislators, many of them wide-eyed first-timers started reaching the legislature precincts from 6.30 a.m. onwards to avoid the morning traffic rush in one of the city's commercial hubs, Nariman Point.

The oath-taking ceremony, as it proceeded smoothly, was telecast live, in accordance with Supreme Court orders of Tuesday and is expected to be completed by this evening.

A friendly and relaxed atmosphere prevailed both within and outside the Vidhan Bhavan, in contrast to the sheer tensions and political turmoil of the past one month that had the state on edge.

Later, Chief Minister-designate Uddhav Thackeray is likely to drop in to South Mumbai to interact with his party leaders and legislators.

Thackeray -- who is not a member of either house of the legislature -- will be sworn-in as the new Chief Minister by Governor B.S. Koshyari at a function in Shivaji Park on Thursday at 6.40 p.m.

He was unanimously elected the leader of the Maha Vikas Aghadi for the Chief Minister's post by the top leaders of the Shiv Sena-Nationalist Congress Party-Congress, bringing down the curtains on the political crisis which had gripped the state after the October 24 election results.