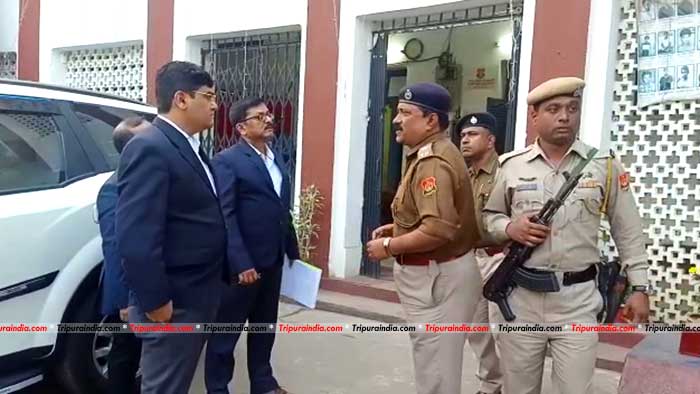 As ordered by the Chief Minister, the District Magistrate of West Tripura district has kicked off the crucial magisterial probe into the alleged custodial death of 38 years old man on January 12 here at West Agartala Police station. The incident has triggered panic among the family members who alleged torture inside the police lock-up.

The DM Dr. Sandeep Mahatme on Thursday made a visit to the incident spot in the police station lock-up to take note of the occurrence of the incident as reported by the police.

"We have already issued an advertisement in local dailies urging the witnesses of the incident to record their statement in the courtroom of DM office," adding to this the DM told the media, "The process of the magisterial probe has already begun. We shall record the statement of all witnesses related to the case."

He said, "Based on the reports of witness and other sources we shall complete the enquiry and submit the report to the home department." He also said, "We shall collect documents and other reports from the police related to the incident."

Soon after the incident, two police officials have been also suspended for dereliction of duty during the time of the incident, where the under trial 38 years old man identified as Sushanta Ghosh allegedly committed suicide inside the police lock-up.