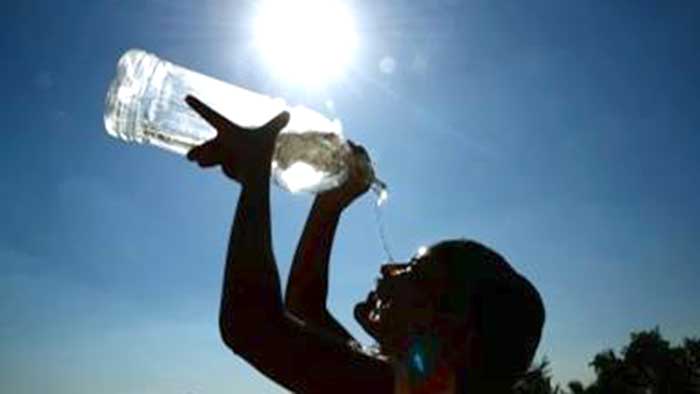 Huge rain deficit and severe heat wave conditions hit the normal life across the north-eastern region and the supply of drinking water has been severely affected.

Though there is no major threat to the seasonal crops as per farm experts, the rain deficit has affected power generation at the hydro power plants in the region.

According to the Indian Meteorological Department (IMD) on Monday, the maximum temperature in several N-E states, especially Assam, Mizoram and Tripura, since the past one week is hovering at 36-38 degrees Celsius, six-eight degrees above the average for the monsoon season.

According to IMD officials, since June 1, 40 per cent less rain has been recorded in seven N-E states, excluding Sikkim.

"The N-E states, divided into three meteorological sub-divisions, since June 1 have recorded 167 mm rainfall against the average rainfall of 281 mm," the official said, adding since March 1, the states also recorded 38 per cent less pre-monsoon (March-May) rain in five of the eight N-E states.

The June-September is the normal monsoon period in the region.

"The southwest monsoon arrived late in the region and the progress is very slow," IMD Director Dilip Saha told IANS. No favourable monsoon condition existed in the region, he added.

"Though the wind pattern and other favourable southwest monsoon conditions are located in neighbouring Myanmar, there would be rain in the northeast within a couple of days," Saha said.