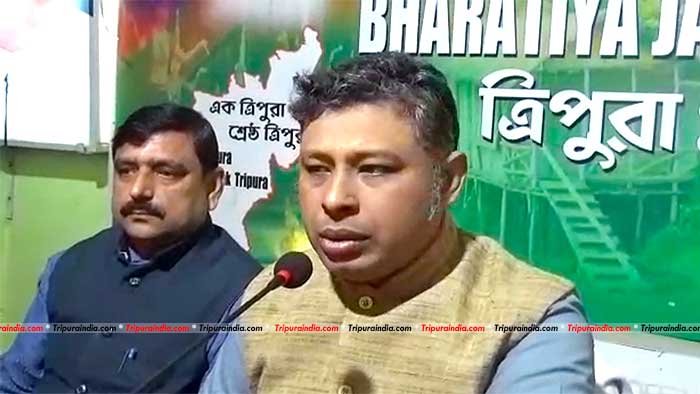 State BJP spokesperson Nabendu Bhattacharjee on Monday alleged that the Congress did not resolve the issues related to Dambur eviction and Bru repatriation despite being in power.

Reacting on former Congress president Birajit Sinha’s remarks on families Dambur and Bru, he alleged that the CPIM and Congress were hatching conspiracies to trigger a disturbance in the state.

He also alleged that some of the political leaders were also trying to trigger tension between the tribal and bengali community people.