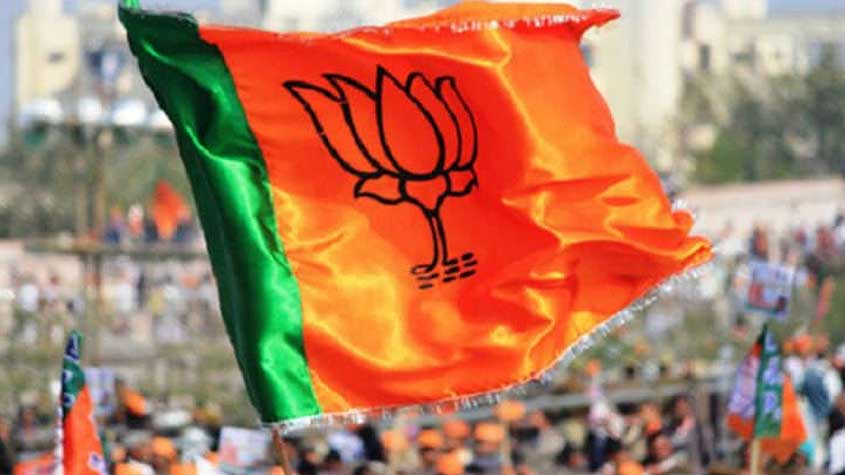 The virtual collapse of seat adjustment talks between the Left Front and Congress ahead of the 2019 polls in Bengal may give an unprecedented advantage to the BJP in 12 to 14 Lok Sabha seats as it would amass a large chunk of the anti-incumbency votes in the state, a political analyst says - adding that the Left and the Congress might even end up empty handed.

"It is possible that the left and Congress will not get a single seat this year. The left may still hold its relevance with the help of its powerful mass organisations but the Congress will get wiped out from Bengal for this mistake. It is possible that their tally in 2021 state assembly polls will come down to five seats," Udayan Bandyopadhyay, an associate professor at the Bangabasi College, told IANS.

The prospects of any seat adjustment between the two forces seems almost nil, unless Congress president Rahul Ganhi during his visit to the state on Saturday forces a miraculous rethink among his party's state leadership.

As things stand now, allegations and counter-allegations are flying thick and fast from both sides, even as the first date of polling in the state is hardly 20 days away.

The talks had been bumping from one pothole to another since the outset. First, the Congress refused to let go Raiganj and Murshidabad, the only two seats won by the LF five years back.

After the Congress, which had four seats in the outgoing house, came around, following Gandhi's intervention, intense bargaining started over specific seats like Basirhat and Purulia, while LF constituents like AIFB, RSP and CPI adopted a rigid stance on releasing seats to the Congress from their quotas.

Things took a turn for the worst when the LF came up with a list of 25 candidates, that included the name of a renowned physician Rezaul Karim, the convenor of the state Congress medical cell.

Taking umbrage, the state Congress held an emergency meeting, informed the party high command of the situation, declared the talks had failed and that it would contest all the 42 Lok Sabha seats in the state.

Since then there has been some drama bordering on the burlesque and farcial.

The LF came up with its second candidates list, leaving out the four seats won by Congress in the last general elections. The state Congress leadership rejected the "gesture', reiterating it would filed candidates in all the seats.

However, in a curious turn of events, the Congress decided to leave five seats for the Left as it announced candidates for 11 seats, but refused to withdraw its candidates from Raiganj and Murshidabad.

LF leaders lost no time in pointing out that the Congress had a vote share of a mere two to five per cent in the five seats. The combine put up candidates in two of the four seats the Congress won the last time.

According to political analyst Udayan Bandyopadhyay, the LF and Congress' failure to untie the seat sharing knot will practically diminish their chances of winning more than one Lok Sabha seat from the state while giving the BJP an edge in a "neck to neck battle" with the ruling Trinamool Congress in a number of seats, especially in north Bengal.

"If the left-Congress alliance collapses, it would be advantageous to the BJP. They would get the advantage in at least 12-14 seats in Bengal because a large chunk of the anti-incumbency votes against the ruling Trinamool Congress could go to them," Bandyopadhyay told IANS.

"These votes in a number of north Bengal districts could have gone to the Left-Congress. But now activists would be somewhat frustrated at the failure of the talks and and end up voting for the BJP," he explained.

Noting that the anti-incumbency vote share has always been higher in Bengal, he pointed out the erstwhile LF government could come back to power by obtaining over 50 per cent votes only twice in their reign of 34 years while the Trinamoool Congress has never achieved that feat since coming to power nearly eight years back.

CPI-M state secretariat member and LF legislature party leader Sujan Chakraborty said the Left's idea of seat adjustment with the Congress emerged from the idea of consolidating the anti-BJP, anti-Trinamool votes in the state

"The precondition was that there is no mutual contest in six seats," Chakraborty told IANS.

Accepting that the delay in announcing candidates due to the confusion over seat adjustment has "somewhat affected" the Congress campaign in Bengal, state vice president Om Prakash Misra said: "There is a need to reconsider the entire approach. We have also decided not to field candidates in five seats as a reciprocal gesture. The Left-Congress eat sharing unity was a political necessity. It is unfortunate that the negotiations did not reach a satisfactory conclusion," he said.

He, however, refused to comment on whether collapse of the seat adjustment effort would benefit Trinamool Congress or the BJP, stating it is for the people of the state to decide.