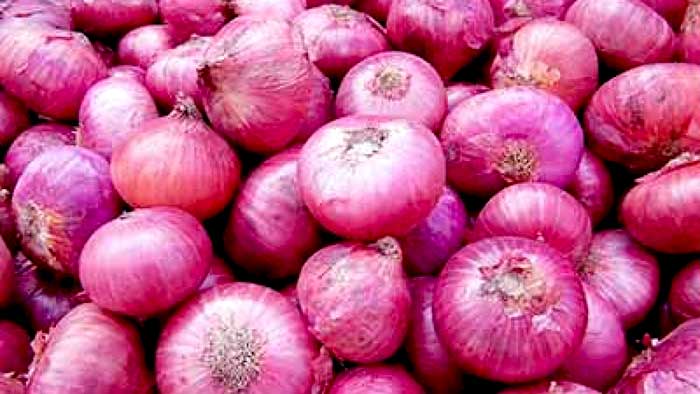 Demand of onions from China has soared in Nepal due to the export ban on onions by India, according to authorities.

Nepal has remained heavily dependent on India for onions as limited local production does not fulfil the demand of the domestic market, reports Xinhua news agency.

However, following India's onion crisis since September and a strict ban imposed for the last 10 days, the demand of Chinese onions was surging in Nepal.

"But since the last 10 days, we have 100 pe rcent Chinese onions in the market," Tejendra Prasad Poudel, Executive Director at Kalimati Fruits and Vegetable Market Development Board, told Xinhua.

According to the board that handles over 500 wholesale vegetable and fruits shops in the premise, there had been only occasional import of Chinese onions in a small volume in the past, particularly before the Indian ban came into force.

The official informed that there was a limited quantity of smuggled Indian onions for around two months until it completely stopped since the last 10 days.

"The Chinese onion is being imported in Nepal through both Rasuwagadhi and Tatopani border point. Chinese onion has been a timely alternative for Nepali consumers who are reeling under crisis," the official added.

Traders said they have been using both the border points to import onions recently and the custom clearance task for onions has been much smoother than before.

"Earlier, Chinese onions were sold and consumed only in Kathmandu valley. But since last few days, we have been sending it to different cities like Narayanghat, Butwal and Pokhara. It's been going everywhere," Rishi Shrestha, a trader in the Kalimati market, told Xinhua.

According to Trade and Export Promotion Centre, the Himalayan country imported onion worth 5.62 billion Nepali Rupees in the last fiscal year 2018-19.

Despite of being an agricultural country, Nepal relies on other countries especially India, not just for onions but many other vegetables and fruits.