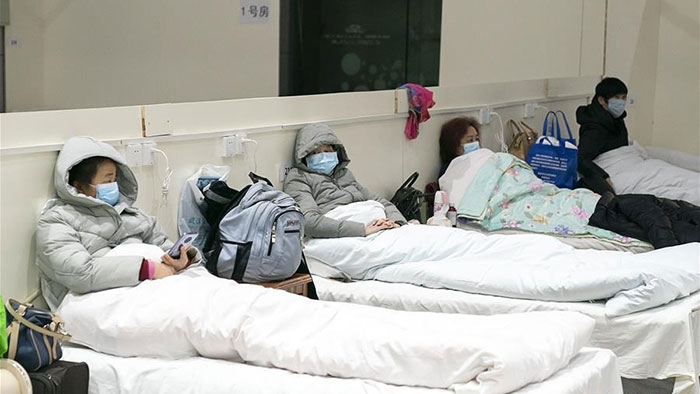 Chinese authorities on Thursday said the overall toll due to the deadly coronavirus outbreak in the country has reached 1,367, with 52,526 confirmed cases, after Hubei province, the epicentre of the epidemic, registered the largest one-day increase in infections and deaths.

The deaths and cases due to the COVID-19, the official name of the disease as designated by the WHO, were reported by the end of Wednesday in 31 provincial-level regions and the Xinjiang Production and Construction Corps in China, Xinhua news agency quoted Mi Feng, a spokesperson with the National Health Commission, as saying.

On Wednesday, Hubei province reported a total of 242 deaths, the largest single day increase, according to Mi.

The spokesman further said that a total of 5,911 infected patients were discharged from hospital after recovery by the end of Wednesday.

According to the Hubei provincial health commission, previous highest daily spike in the province was 103 on Monday, Efe news said in a report.

The commission also said that it has begun counting the number of "clinically diagnosed" people in the province, which allows them to receive the same treatment as those who have tested positive for the illness.

Until now the patients were confirmed by means of tests, performed with equipment that was scarce in the province.

It said doctors would now be more able to confirm cases.

Although provincial authorities have not provided additional details about the new criteria for accounting for patients, the new measures will allow "patients to receive timely treatment," the commission said in a statement.

Last week, Hubei health authorities had indicated they would begin to recognize the results of CT scans to confirm infections, which would allow hospitals to isolate patients more quickly.

To date, all but two deaths - in the Philippines and Hong Kong - have occurred in mainland China and China also accounts for about 99 per cent of those infected.

Meanwhile, the WHO on Tuesday officially named the disease COVID-19, while the virus which causes it has been called SARS-CoV-2 (changed from its provisional name 2019-nCoV) by the International Committee on Taxonomy of Viruses.