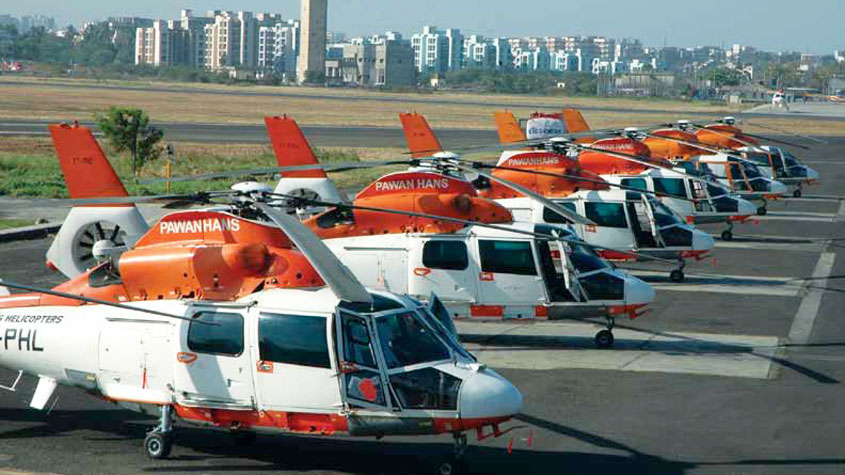 The central government's plan to launch mobile air dispensary services -- helicopters with equipment and doctors -- for medical emergencies in remote and hilly areas of the Northeast region may be a reality soon.

Informed sources told IANS that the government has agreed to allocate Rs 80-Rs 100 crore for the proposed launch of two air dispensaries in the region.

The sources said the two air dispensaries will operate from Shillong and Imphal for six states. The services will cater to six northeastern states, barring Assam.

According to official documents, accessed by IANS, three central ministries have decided to rope in national helicopter carrier Pawan Hans for the services. "During the first meeting on the proposed scheme Pawan Hans was also present which appreciated the idea and were told to cater their services for the Mobile Air Ambulance Services," reads an official note on the project.

The project report prepared by Pawan Hans estimates that Rs 1.87 crore cost per month will be incurred for the operation of two helicopters in the six states.

The project was stuck for some time following a tussle between the Ministry of Health and Family Welfare and Development of North Eastern Region (DoNER) Ministry. The Health Ministry had refused to run the initiative alone because it said it was not feasible.

However, now it has been decided that the project will be a joint venture of the Health, DoNER and Civil Aviation ministries.

The DoNER Ministry had stated that the initiative should come from the Health Ministry with the help of the Northeastern Indira Gandhi Regional Institute of Health and Medical Sciences (NEGRIMS) in Shillong for medical, para medical assistance.

However, in an inter ministerial meeting on May 5, 2017, it was finalised that the project would be a joint venture.

For financial resources, the Health Ministry can seek the help of the DoNER Ministry while the Civil Aviation Ministry will provide the chopper and the Union Ministry of Health and Family Welfare will focus on providing the medics and para medics apart from setting up the medical units for emergency cases, the note reads.

Apart from providing emergency medical help for trauma cases due to accidents, landslides, earthquakes and floods the helicopters will also act as air ambulances to shift patients to city hospitals for specialised treatment.

According to official figures, the Northeast recorded over 3,000 deaths due to road accidents in 2016. Many lives were also lost in floods and landslides.