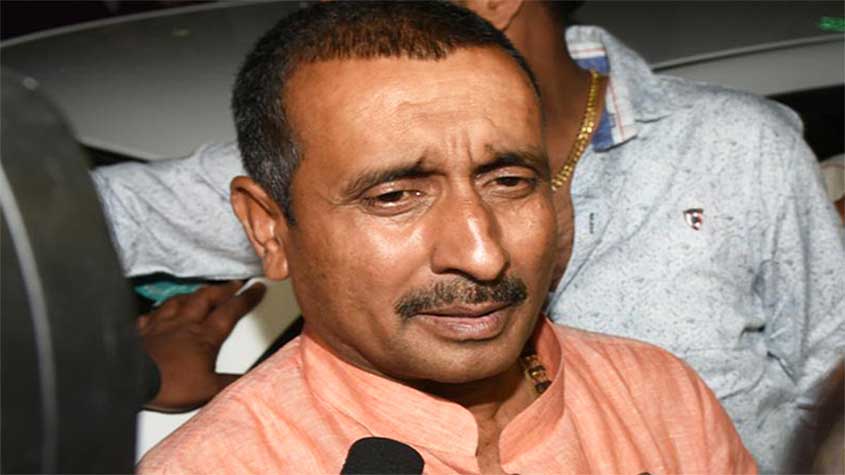 The CBI on Friday began its probe in the rape of a 17-year-old girl in Unnao in Uttar Pradesh by questioning BJP MLA Kuldeep Singh Sengar, one of the accused, and recording the statement of the victim.

A Central Bureau of Investigation team visited the hotel in Unnao where the victim is housed under police protection to take her statement. CBI officials also spoke to her anguished family, an official told IANS.

Sengar, the MLA from Bangarmau in Unnao district, was brought here at the CBI office early on Friday when he was about to leave for Varanasi.

The agency filed three First Investigation Reports late on Thursday over the 2017 rape and the victim's father's death in police custody. Phone call details of the legislator have also been sought, informed sources said.

In the first FIR, the CBI named Sengar and Shashi Singh, a woman who allegedly took the rape victim to the Bharatiya Janata Party leader's house.

The second FIR is against four of Sengar's accomplices -- Vineet, Baua, Shailu and Sonu -- on charges of rioting, criminal intimidation and voluntarily causing hurt.

The third one relates to Sengar's brother Atul Singh, who claimed that he was attacked by the victim's father. Atul Singh is currently in judicial custody.

The CBI took over the case from a Special Investigative Team following a request to the Centre from the Uttar Pradesh government.

Six police personnel, including the Station House Officer of Makhi, Ashok Bhadauria, have been suspended.

They are accused of taking the victim's father illegally to the police station where he was beaten up by them along with Atul Singh and Sengar's aides. The policemen are currently being interrogated.

Safipur Circle Officer Kunwar Bahadur Singh, who had allegedly not allowed the victim's complaint against Sengar to be entertained initially, is likely to be questioned.

Informed sources said that then Unnao Superintendent of Police Neha Pandey and the incumbent district police chief Pushpanjali might also be questioned.

The victim tried to set herself ablaze outside Chief Minister Yogi Adityanath's residence on April 8, claiming inaction in the rape case.

Later that day, her father was picked up by the police, beaten up by Atul Singh and his men, following which he died. The incident has triggered outrage.

In his second statement since the incident came to light, Adityanath vowed to bring the guilty to book, "however, mighty they may be".