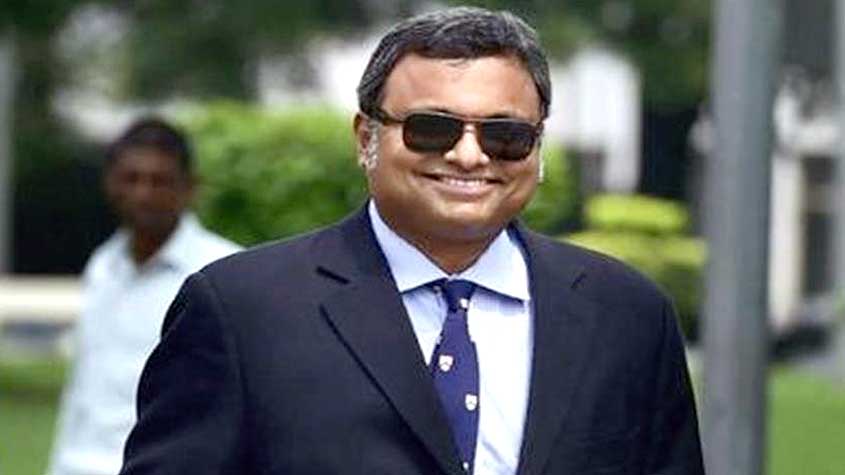 Karti Chidambaram, son of former Finance Minister P. Chidambaram was arrested by the CBI from Chennai in connection with its ongoing probe into the INX media case, an official said on Wednesday.

The Central Bureau of Investigation official said that he was arrested from the Chennai airport after he returned from London. He will be brought to Delhi later in the day.

On May 15, 2017, the CBI had registered an FIR against Karti Chidambaram on charges of criminal conspiracy, cheating, accepting gratification by corrupt or illegal means, influencing public servants and criminal misconduct.

Karti Chidambaram allegedly received Rs 3.5 crore from the Mumbai-based INX media, now 9X Media, for helping it get Foreign Investment Promotion Board (FIPB) clearance, when it was run by Peter and Indrani Mukerjea, both accused in the Sheena Bora murder case.

The FIR does not mention Chidambaram senior, though it said he cleared the FIPB approval for Rs 4.62 crore Foreign Direct Investment in the firm at an FIPB meeting on May 18, 2007.