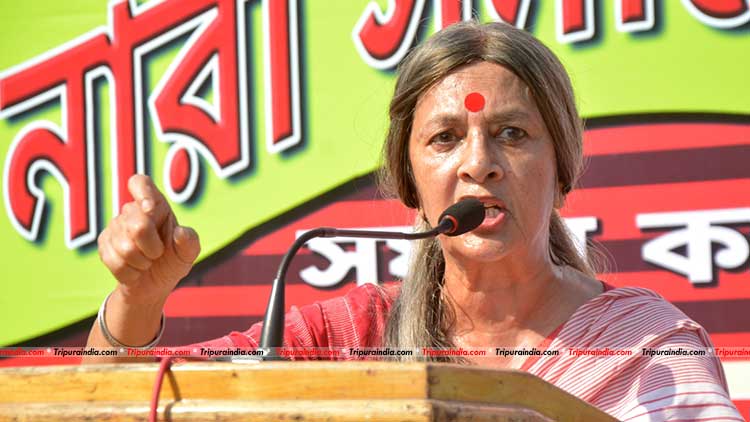 The Bharatiya Janata Party's (BJP) supremacy in the country had been reduced from 71 per cent to 40 per cent, and it would diminish further in the near future, Communist Party of India-Marxist (CPI-M) politburo member Brinda Karat said here on Saturday.

Addressing a gathering on the occasion of 19th state conference of All India Democratic Women's Association (AIDWA), Karat said the BJP's domination would weaken further as it had failed to serve the people.

Criticising the Congress, the Left leader said it was not the alternative to the BJP as the party (Congress) had its own problems and its leadership had no dedication and mission or vision to serve the people of the country.

She said the BJP leadership was avoiding the real issues by mixing politics with religion and misguiding the women and common people.

While the country's economy had sunk, Union Finance Minister Nirmala Sitaraman was saying no recession, she said and added, over 37 per cent educated youths were unemployed, and rural people could earn only Rs 580 a month.

Sarkar, a CPI-M politburo member, said the Left Front government had taken the free health services to each remote and rural area. But the BJP government withdrew the services and imposed huge charges for various treatments and health services, he added.

"The government schools are being handed over to private parties. Irrigation systems created by the erstwhile Left government had collapsed. The BJP is losing ground. People are not joining their rallies and meetings," he said.