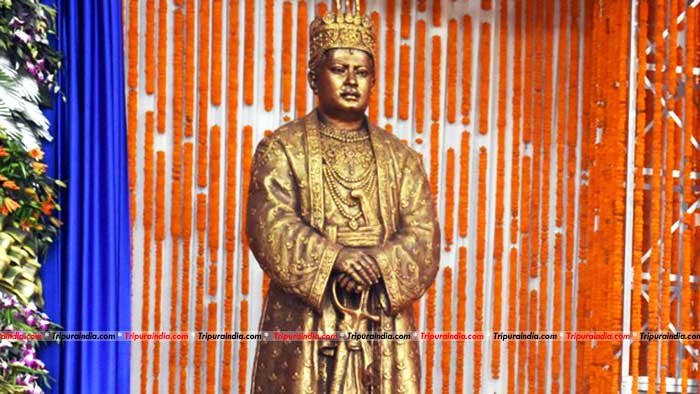 For the first time in 70 years since princely state merged with the Indian Union, the BJP-led government in Tripura has notified the birthday of the state's last king Maharaja Bir Bikram Kishore Manikya on August 19 as an official holiday from next year, a state official said here on Friday.

An official of the General Administration Department of the Tripura government said that in view of the immense contribution by state's last king Maharaja Bir Bikram Kishore Manikya, the state government has decided to observe his birthday on August 19 as an official holiday from 2020.

The official said that King Bikram (1908-1947), who had ruled the state from 1923 to May 17, 1947, had decided to merge the then princely state of Tripura with the Indian Union by issuing a royal edict on April 28, 1947, appointing Barrister Girija Shankar Guha as his domain's representative in the Constituent Assembly.

The Central government on the request of the state government last year renamed the Agartala airport after king Bikram, who in 1942, constructed the airport, which played a crucial role in the Second World War. The Agartala airport, earlier known as Singerbill Airport, is located 20 km north of the capital city and sits along the Bangladesh border.

Earlier, a college was set up in 1947 after the name of the last king, while the previous Left Front government had set up a University and a cricket stadium in Agartala after the name of the Maharaja. Following several hundred years of rule by 184 kings, Tripura finally merged with the Indian Union in October 1949.