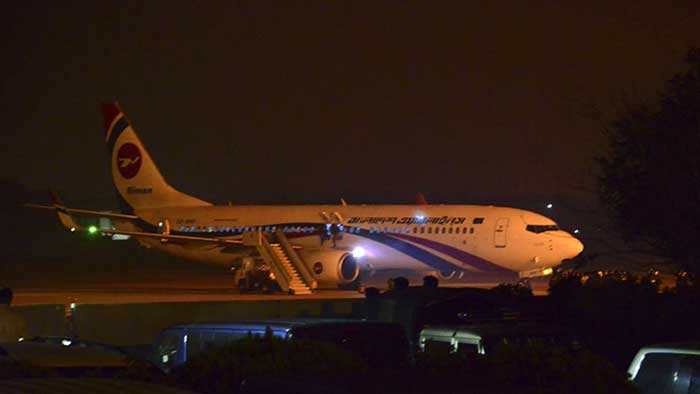 A suspected hijacker on the Biman Bangladesh Airlines Flight BG147, on way to Dubai from Bangladesh, was shot dead by Bangladeshi special forces, the media reported.

The suspect, who reportedly claimed to be carrying a pistol, was killed when security forces stormed the plane after it made an emergency landing in Chittagong, BBC reported on Sunday.

All 148 passengers and crew on board the flight disembarked safely. It is not clear why the suspect might have attempted to hijack the plane.

Army officials said the man, believed to be aged 25, was wounded when he was fired at, and died shortly after arrested. "We tried to arrest him or get him to surrender but he refused and then we shot him," Maj. Gen. Motiur Rahman said at a press conference.

"He is a Bangladeshi national. We found a pistol on him and nothing else," he said.

Earlier reports suggested the suspect may have been mentally unsound. He had demanded to speak to Bangladeshi Prime Minister Sheikh Hasina, who was visiting the coastal city of Chittagong.

Crew onboard raised concerns after the man was found acting suspiciously and indicating intent to hijack the plane, Reuters reported quoting airline officials.

The aircraft was cordoned off on landing at the Shah Amanat International airport in Chittagong. The police started interacting with the suspect.

Images posted on social media showed a crowd on the airport tarmac with the Boeing 737-800 in the background.