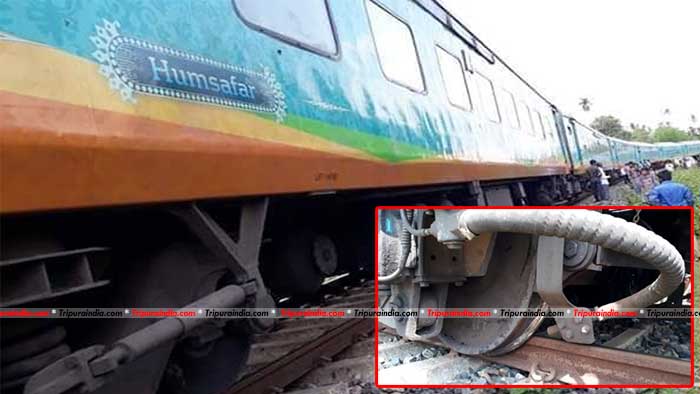 Several Agartala, Guwahati and Kolkata bound trains were stranded in different locations in Assam and Tripura due to the accident.

The NFR runs several express, passenger and goods trains from Tripura capital Agartala and southern Assam through a single line up to Lumding junction, 200 km from Assam's main city of Guwahati.