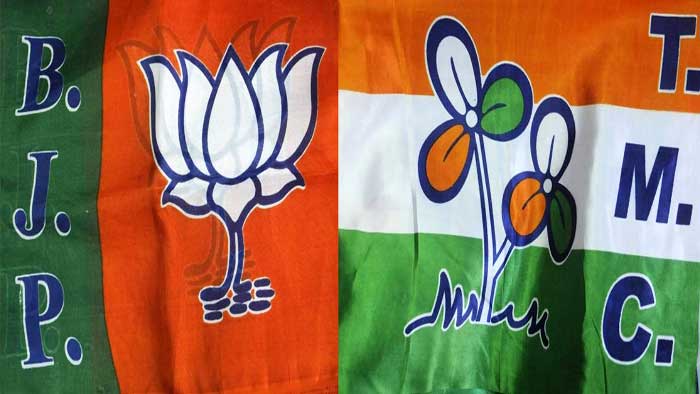 Bouncing back after the Lok Sabha jitters, West Bengal's ruling Trinamool Congress won all three seats in the Assembly bypolls on Thursday, snatching Kaliaganj and Kharagpur from its opponents while retaining Karimpur.

It was a disappointing day for the Bharatiya Janata Party, which not only failed to open its account, but also lost in two prestigious seats - Kaliaganj and Kharagpur - where its heavyweight candidates had taken massive leads during the Lok Sabha polls earlier this year.

The newly stitched Congress-Left Front alliance also came a cropper, with its candidates forfeiting their security deposits in all the three seats that went to by-polls on November 25.

Elated over the results, Chief Minister Mamata Banerjee called it the "victory of ma, mati, manush (mother, land and people - Trinamool's pet slogan)" and dedicated it to the masses.

Banerjee was particularly happy about Kaliaganj and Kharagpur Sadar, which the party never managed to win since its formation in 1998.

After trailing the BJP in the initial rounds of counting, the Trinamool bounced back in Kaliaganj, where its candidate Tapan Deb Singha emerged victorious with a 2,414-vote margin.

The bypoll was necessitated by the death of Roy's father and sitting Congress legislator Pramathanath Roy.

In Kharagpur Sadar, after an up and down battle, Trinamool candidate Pradip Sarkar triumphed by a 20,853 vote margin over his closest rival BJP's Prem Chandra Jha.

The Left Front-backed Congress contestant Chittaranjan Mondal, who had surged ahead after the opening round, ended a poor third getting a mere 14.8 percent of the votes in the seat which had once been the party's bastion till state BJP president Dilip Ghosh won in 2016.

The constituency in Nadia district had to go for the bypoll as sitting lawmaker, Trinamool's Mahua Moitra, won the Lok Sabha battle from Krishnanagar.

The Congress-backed CPI-M candidate Golam Rabbi lagged far behind in the third position.

In the run-up to the by-polls, the BJP leadership was extremely bullish about winning Kharagpur and Kaliaganj.

While Ghosh got a huge lead of over 45,000 from Kharagpur Sadar, present Union Minister Debosree Chowdhury had established a massive margin of about 57,000 votes in Kaliaganj on way to winning the Raiganj parliamentary seat for the saffron outfit.

Chowdhury and Ghosh had been camping in their respective strongholds as they led vigorous campaigns, making the election a prestige battle for the BJP.

The Trinamool's winning candidate from Murshidabad Lok Sabha seat, Abu Taher Khan had given his party around 14,000 vote lead in Karimpur during the general election.

Ghosh said organisational laggardness, overconfidence among the party workers and the way the Trinamool used the official machinery and police to terrorise people could have played crucial roles in shaping the outcome.