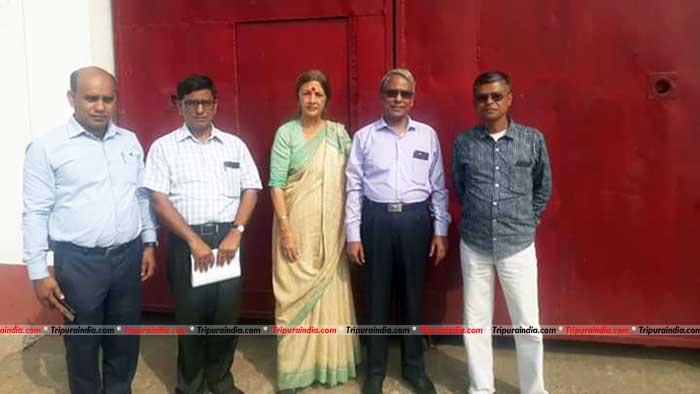 The CPI-M Polit Buro member Brinda Karat who is in Tripura today said, "Legal action against our CPI-M central committee member Badal Chowdhury is simply a political vendetta to divert the people's mind from BJP government's failure." She said this today while she visited Mr. Chowdhury in Kendriya Sangsodhanagar at Bishalgarh.

She said, "The genuine thieves who are looting this country is funding Prime Minister Narendra Modi." She further asserted, "Comrade Badal Chowdhury is trapped in a false case made by the Government in Tripura."

She however demanded the Government to withdraw the FIR lodged against Badal Chowdhury and said, "The FIR itself is vogues and baseless."