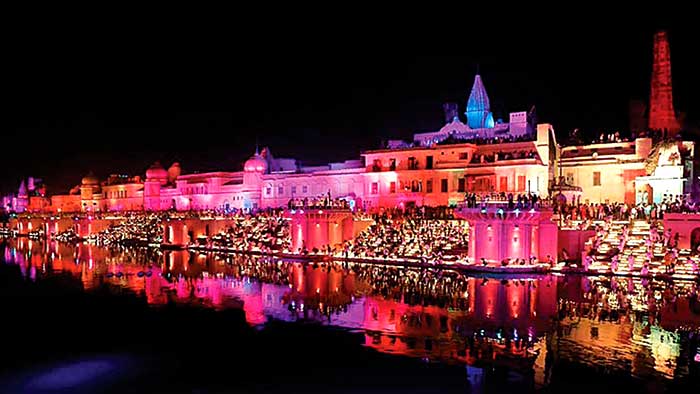 The Deepostav organised by Uttar Pradesh's the Yogi Adiyanath government has found a place in the Guinness World Records as a total 5.61 lakh earthen lamps were illuminated on the occasion on Saturday in Ayodhya.

He said: "Out of seven holy cities three -- Ayodhya, Kashi and Mathura-- three are in our state. No one in the world and country has this prosperous and cultural environment".

"Development projects in Ayodhya are being taken forward with new policies. You have witnessed that mother (river) Sarayu had maintained a gap with us but now we have started taking her blessings," he said.

On the occasion, a symbolic descent of Lord Rama and Seeta took place, helicopter turned in 'Pushpak Viman' and, the Chief Minister and Mahant Nritya Gopal Das did symbolic coronation of Lord Rama.