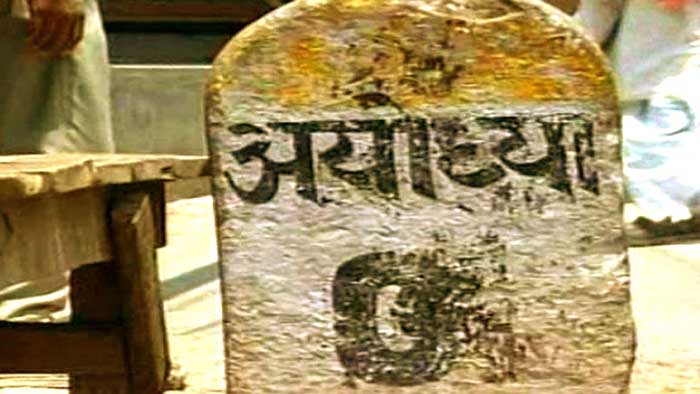 The All India Muslim Personal Law Board (AIMPLB) on Sunday declared that it will file a review petition against the Supreme Court verdict on the Ayodhya issue.

The AIMPLB also decided not to accept the five-acre land for the mosque at an alternative site since it is against the tenets of Islam.

Senior AIMPLB member and convener of the All India Babri Masjid Action Committee (AIBMAC) Zafaryab Jilani said that the case had been filed in court on behalf of all Muslims and the board was representing the sentiments of the community which wanted to exercise its constitutional rights and file a review petition.

Jilani said in reply to a question that senior lawyer Rajiv Dhawan would continue as their lawyer and they would try to file the petition within 30 days of the judgment which came on November 9.

Zufar Faruqi, chairman of the UP Sunni Waqf Board had earlier stated that he would not file any review petition.

However, Jamiat Ulama-i-Hind President Arshad Madani, who attended the board meeting, told reporters that he approved of the decision to file a review petition.

"Though we do not have much hope and know that the petition will be dismissed, we will still file a review petition. It is our right," he said.

The board spokespersons said that the Supreme Court verdict was self-contradictory.

"The court has accepted the fact that namaaz was offered on the site and that idols were forcibly placed at the site on the night on December 22-23, 1949. The SC judges also ignored the fact that under Waqf rules, the place of mosque cannot be shifted. There was also no proof of any temple under the domes of the demolished mosque," they said.

They said that they had not contested the case for an alternative land.

Earlier in the day, the venue of the board meeting was hurriedly changed from the Darul Uloom Nadwatul Ulama to Mumtaz Degree College, following protests by supporters of Maulana Salman Nadvi.

Jilani, however, told reporters that officials from the district administration had tried to stop the meeting at Darul Uloom Nadwatul Ulama and hence the venue had to be changed.

Members who had arrived at the venue were taken to Mumtaz Degree College and the media was not informed of the venue.

Sources said that this was done to prevent the media from getting wind of the sharp differences between the members over the idea of filing a review petition on the Supreme Court decision on the Ayodhya issue.

Iqbal Ansari, plaintiff in the title suit case, also did not attend the meeting and said he does not want a review of the court verdict.

UP minister Mohsin Raza, meanwhile, said that the AIMPLB was trying to derive political mileage and was also attempting to vitiate the atmosphere by holding a meeting after the verdict had been welcomed by the entire country. He demanded a probe into the funding of AIMPLB.