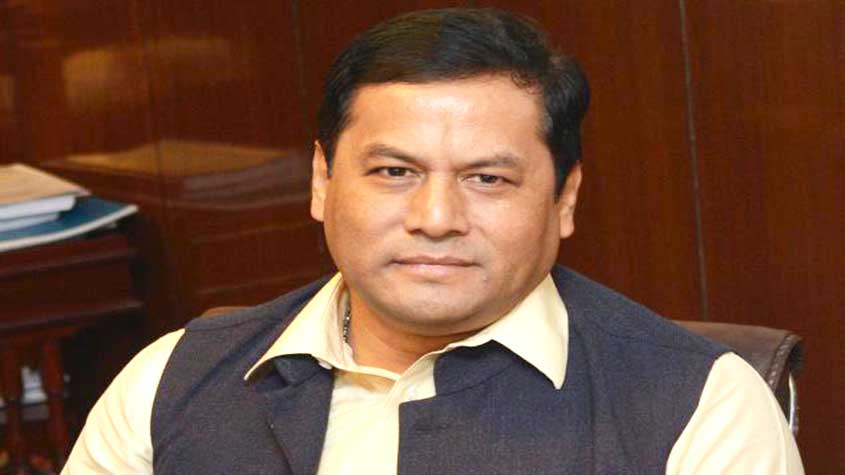 Allaying fears that over one crore Hindus from Bangladesh would come to Assam as a fallout of the Citizenship Amendment Act, state chief minister Sarbananda Sonowal on Friday said he has invited the leaders of the protest for discussions.

Sonowal said his government would identify the "unholy forces" which fomented the trouble and take strict action against them.

"I and my government respect all the protesters including students, activists and media personalities who are agitating against the Citizenship law, but we do not support the violence being committed in the name of protest."

"We believe in democracy and non-violence, and those disturbing peace are the actual enemies of the state. I will take a strict stand against the unholy forces. We want peace, not unrest. The unholy forces will be identified," he said in his first media briefing after violent protests against the CAA broke out in Assam.

He said a Special investigation Team (SIT) would enquire into all cases of violence during the anti-CAA protests in the state.

The chief minister alleged that some people were spreading 'misinformation' that one crore Hindus from Bangladesh would come to Assam after CAA was implemented.

"Nobody will come from Bangladesh, because there is a cut-off date in the Act. Only those residing here after facing religious persecution (in Bangladesh) would be eligible to apply for Indian citizenship.

"The number is negligible. Once the application process starts, things will become clear," he said.

Sonowal said he has invited the leaders of the agitation for talks through the state chief secretary.

"I have invited the leaders of the anti-citizenship law agitation for talks through the chief secretary. I strongly believe that only through discussions, we can arrive at a solution."

He said that Assam will always be of the Assamese people and that his government will take all the necessary steps to ensure it.

"As a fellow citizen of Assam, the state is and always be of the Assamese people. The land, language and culture of the state will be protected. This is your government. Have faith in us," he added.

"My only job is to look after the interests of the state and its people. No one can take away your right to be an Assamese," the chief minister added.

Sonowal's remarks came after mobile Internet services were restored across Assam, after it was suspended on December 11 amid the violent protests that broke out in the state, especially in Guwahati.

Normalcy is gradually returning to the state, but educational institutions still remain shut.