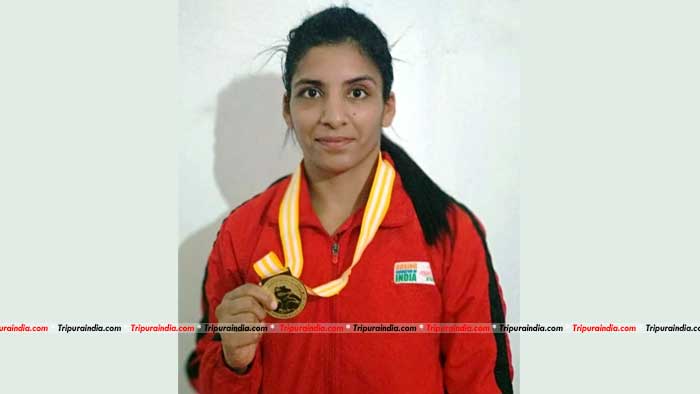 Simranjit now needs to win two more bouts to seal qualification, while Sakshi is one win away from booking her place in the Indian Olympic contingent. Former World Championship bronze medallist Simranjit faces second seed Namuun Monkhor of Mongolia in the quarterfinal while Sakshi will be lock horns with former youth world champion I.M. Aeji of Korea. Both bouts are scheduled for March 9.

Simranjit's bout was a close one with both boxers exchanging blows continuously over the course of three rounds. The judges, however, gave an unanimous verdict in favour of the 24-year-old Indian. Simranjit was leading 29-28 in the scores provided by each of the judges.

Earlier, the experienced Techasuep was the favourite going into the bout against Sakshi. The first round was an even contest which Sakshi eventually won. The second round looked a different story with the Thai boxer landing a barrage of punches on her junior opponent. Sakshi managed to land a few punches on the counter, which could have helped sway the judges in her favour as she ended up winning the round by split decision.

Sakshi was clearly ahead in the third round with most of her punches finding the target. Techasuep was tiring out towards the end, pushing Sakshi to the rope while the latter was in full control. The bout was awarded 4-1 in Sakshi's favour in the end.

"She was the fourth seed and the plan that the coaches set for me was to fight on the counter. I did that succesfully throughout the bout and she was getting hit every time," Sakshi said after the bout.

India have thus maintained an unbeaten record in the first two days of the qualifiers. On Tuesday, Commonwealth Games champion Gaurav Solanki (57kg) and Asian Championships silver medallist Ashish Kumar (75kg) registered commanding victories in their first round matches. Both pugilists won their opening bouts by unanimous decisions, although Ashish conceded the first round by a split call.