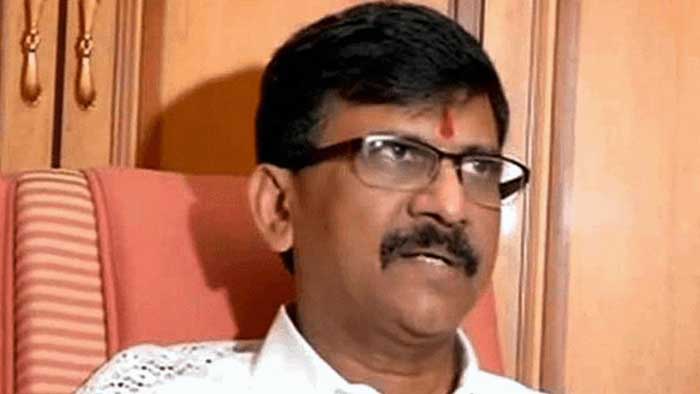 Shiv Sena MP Sanjay Raut on Saturday alleged that Nationalist Congress Party leader Ajit Pawar, who was sworn in as Deputy Chief Minister in a BJP-led government earlier this morning, was "blackmailed" into supporting the Bharatiya Janata Party.

"Ajit Pawar has been blackmailed. We know who has done it, who are behind it, how it was done. We shall expose everything over the next few days in the 'Saamana'. They should watch out," Raut told media persons, adding a new dimension to the ongoing political drama enacted in the state.

Hitting back at BJP state President Chandrakant Patil who earlier accused him of "back-stabbing the BJP and the peoples' mandate", he warned him to mind his language.

"First you think of saving your party. After what you have done today, worry about your party's survival. Don't advise us what to do," Raut said sharply.

Raut had earlier accused Ajit Pawar of having "back-stabbed" the people of the state and Chhatrapati Shivaji Maharaj, and betraying his uncle, Sharad Pawar.

"We had an inkling of some such developments since Ajit Pawar never looked us in the eye in our series of meetings... Even Sharad Pawar had harboured some doubts when his nephew had suddenly quit his Assembly seat just before the October elections," he said.

Raut said that Ajit Pawar had stayed with the leaders of Shiv Sena-Nationalist Congress Party and Congress till very late on Friday and everything appeared to be normal.

However, hours later the fast-paced developments took place, stunning political circles, which the Sena MP termed as the BJP "cheating the people of Maharashtra".

Later this afternoon, the Sena is holding a meeting of its leaders and legislators at the Sena Bhavan to discuss the issues arising out of the sudden political developments in the state.