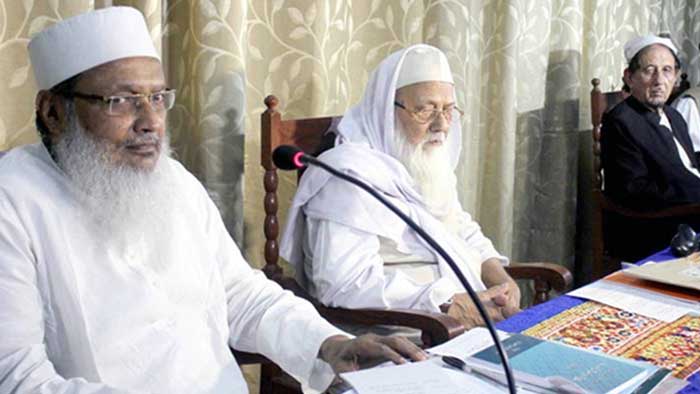 Maulana Rabey Hasani Nadwi, president of All India Muslim Personal Law Board (AIMPLB) and rector of Darul Uloom Nadwatul Ulema has asked the government to either repeal the Citizenship Amendment Act or bring Muslims within its ambit.

In a statement issued here, the Maulana said: "The CAA is not right for the country and for the community. Because of this Act, the country is witnessing disturbances. Keeping Muslims out of its ambit, amounts to damaging the secular nature of India. It is also adversely affecting the respect that our country enjoys across the world. Our democracy gives everyone the right to protest, but people should refrain from acting in a violent or aggressive manner."

Earlier on December 16, the students of Darul Uloom Nadwatul Ulema, the 121-year-old Islamic seminary in Lucknow , had protested against the police action on students of the Jamia Millia Islamia and Aligarh Muslim University who were protesting against the CAA and NRC.

Students had come out of their hostel on December 16 and staged a protest on the issue.

The protest took an ugly turn when students indulged in stone pelting and were cane-charged by police. After the agitation, the institution has been shut till January 5. The students were asked to leave both college premises as well as the hostel.