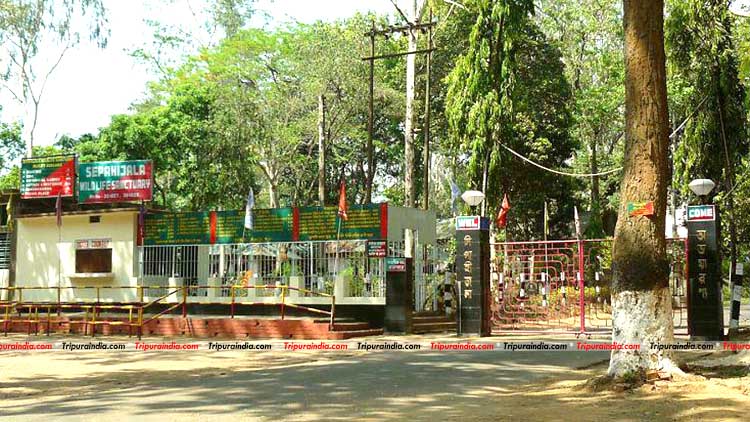 Ever dreamt of adopting a lion, a crocodile or a Himalayan black bear or any wild animal?

If yes, here's your opportunity to do so in Tripura - except that you cannot take the animal home.

According to a senior Tripura wildlife official, any institution or individual can adopt an animal by annually paying between Rs 5,020 and Rs 2,81,000 for its upkeep at the Sepahijala Wildlife Sanctuary and Zoo, located in western Tripura's Sepahijala District.

The scheme encourages people to participate in the conservation of wildlife, especially endangered species.

Tripura's Additional Principal Chief Conservator of Forests and Chief Wildlife Warden Dvijendra Kumar Sharma said: "To those who adopt an animal, the sanctuary authorities issue certificates of adoption and publish their names in leading newspapers and provide complimentary passes to visit the zoo, besides other privileges.

"Adoption of an animal is noble not only for individuals but for his family too. An adoption makes a great gift for birthdays, anniversaries and are always unique," Sharma told IANS.

According to the official, the name of the individual or the institution that adopts an animal is also to be displayed at the enclosure of such animals.

Sharma, a popular author on biodiversity and forests, said that so far state-owned Oil and Natural Gas Corp (ONGC) and three other individuals have adopted a Royal Bengal Tiger, a python, a peacock and a clouded leopard.

An official of the Sepahijala Wildlife Sanctuary and Zoo said that two Royal Bengal Tigers (one male and one female) recently died of disease and talks were on with the Central Zoo to bring two more Royal Bengal Tigers from other zoos in the country.

"We are trying to replicate the model of people's participation in wildlife management followed in the Central Zoo and other zoos in the country, especially in southern states," said Sharma, a senior Indian Forest Service officer.

"I always loved animals and the environment. That's why I adopted a clouded leopard. The caretaker of the Sepahijala Wildlife Sanctuary and Zoo Madhab Chandra Deb inspired me to adopt an animal," Axis Bank Ltd Senior Vice President Karan Butalia told IANS on the phone from Delhi.

"With greater publicity, the adoption scheme must be popularised as most people do not know about the noble plan," Banerjee told IANS.

The Sepahijala Wildlife Sanctuary and Zoo (25 km south of Agartala), set up in 1972 within a sanctuary and home to 655 animals belonging to 55 different species, is the first zoo in eastern and northeastern India where adoption of animals had started a few years ago.

Sepahijala Wildlife Sanctuary and Zoo's Head Keeper Madhab Chandra Deb told IANS: "My love for animals since childhood attracted the top forest officials and they gave me a government job. I request all people including tourists and visitors to extend their love and support to the animals and also adopt them."